I Prabhakara Rao, CEO of Delhi’s Indira Gandhi International Airport, talks to Joe Bates about the impact of Terminal 3, customer service and the importance of being environmentally friendly.

In many ways Delhi’s Indira Gandhi International Airport hasn’t looked back since the 2010 opening of its award-winning Terminal 3.

Indeed, the airport has enjoyed the most successful period in its history since the terminal opened its doors five years ago, with traffic figures, customer satisfaction levels and commercial revenues at an all-time.

It also continues to set the pace as one of Asia’s ‘greenest’ gateways, achieving Optimisation Level in ACI’s Airport Carbon Accreditation programme, and add to its collection of industry accolades – most recently winning the Golden Peacock National Quality Award for its efforts in “building a culture of total quality” across
the entire airport.

Commenting on the Golden Peacock award, I Prabhakara Rao, CEO of operator Delhi International Airport Limited (DIAL), simply notes: “We are focused on making excellence the way of life in everything that we do.”

His statement reflects the confidence and new found ambitions of the airport since Terminal 3 opened and, overnight, changed people’s opinions of the gateway with
its bright, new customer friendly facilities and impressive, sense of place design and artworks.

A total of 39.7 million passengers (+8.4%) passed through Delhi–Indira Gandhi in 2014 to cement its place as India’s busiest airport and the 12th busiest gateway in ACI’s Asia-Pacific region.

And the picture gets even better based on DIAL’s financial year-end figures since T3 opened, Rao pointing out that the airport handled around 41 million during its FY2015 (ending March 2015).

The FY2015 figure represents a huge rise on the 26.1 million passengers that used the airport in its 2010 financial year. The increase equates to a compounded annual growth rate (CAGR) of 9.4% and an additional 5.2 million international passengers since 2010.

Transfer traffic has also soared by a CAGR of 38% during this time, as the airport’s route network has grown from 102 direct destinations to 120 today comprising
57 domestic and 63 international destinations served by nine Indian and 51 foreign carriers.

“We have actively worked with partners such as Air India, Indigo and more recently Vistara Airlines to improve our minimum connect times and develop Delhi as a hub,” admits Rao.

And the healthy rise in throughput has continued in FY2016, with passenger numbers jumping 15.5% to 26.8 million between April and October 2015 compared to the same period a year ago.

Rao says: “The growth has primarily been on account of the booming domestic market, and we expect this trend to continue in the remaining part of the year.

“The Indian aviation market is currently growing by around 10% to 12% per annum and this is expected to continue into the future, largely driven by India’s fast expanding middle classes and their desire to travel.”

DIAL attributes the recent upturn in domestic traffic down to a number of factors that include the rapid growth of low-cost carriers; foreign direct investment in domestic airlines; and India’s increasing focus on regional connectivity.

“Recent policy proposals by the Indian government as well as an increasing focus on quality, cost effectiveness and passenger convenience will enable India to achieve its vision of becoming the third largest aviation market in the world by 2020,” predicts Rao.

Without doubt facilities such as 500 retail and F&B outlets; a 97-room transit hotel; 168 check-in desks and 12 CUSS kiosks; 97 moving walkways; 78 passenger boarding bridges – the most in a single terminal in India – and 95 immigration counters for arriving and departing passengers has made T3 popular with passengers and DIAL’s airline customers.

However, Rao is quick to point out that the facilities have been complemented by a new customer service philosophy that has led to DEL enjoying significant success in ACI’s annual Airport Service Quality (ASQ) passenger satisfaction survey over the last few years.

In fact DEL actually won the ASQ award for the world’s best airport in the 25-40mppa category in 2014, which really is a massive achievement for an airport that was ranked 101st out of 125 airports participating in the programme in 2007.

Before it won, India’s capital city gateway had been runner-up in the 25-40mppa ASQ category for the previous three years, meaning that it has jumped from nowhere to being one of the world’s favourite airports since Terminal 3 opened.

“At Indira Gandhi International Airport, every employee believes in the core Indian value of ‘Atithi Devo Bhava’, which means that a guest is like a God and should be treated like one,” says Rao, who reveals that this philosophy is taught to all airport staff through training sessions conducted by DIAL.

“The 2014 ASQ award represents GMR’s commitment to providing passengers with the best customer experience, and is a clear example of how the DNA of service centricity has been absorbed into Indira Gandhi International Airport’s culture.”

The airport is also the first in India to have commissioned an airside located 2.14 MW solar PV plant, while Terminal 3 is the first airport building in the world to have achieved LEED Gold Certification for New Construction.

Rao enthuses: “Environmental and sustainability management are an integral part of our operating and business strategies. We continuously work towards developing and maintaining environmentally friendly and efficient infrastructure through the adoption of global industry best practices.”

Sounds like Delhi’s Indira Gandhi International Airport is in safe hands under the management of DIAL. 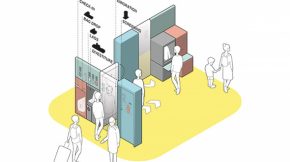 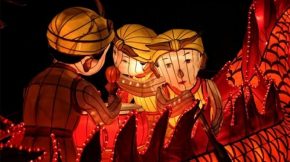