How is one of the world’s newest gateways, Erbil International Airport in Iraq, faring nine years after opening? Andrew Jones reports.

Erbil International Airport in Iraq is one of the world’s newer gateways and an aviation success story in a country where success, development and progress are rarely found.

This year despite a challenging operating environment with conflict all around it, the Iraqi Kurdistan gateway continues to welcome new passengers and airlines having enjoyed a record breaking summer, with 215,000 passengers passing through its facilities in August.

Designed by the UK firm, Scott Wilson, and constructed by Turkish group, Makyol, the airport boasts a 16-gate terminal, with six fixed airbridges, and a 4,800-metre runway.

The facilities – its airfield contains one of the longest commercial runways in the world –  ensure that Erbil International Airport (EBL) has the capacity to handle around three million passengers per annum.

And it needed the capacity almost straight away as after handling around 450,000 passengers in its first 12 months of operations, its annual passenger numbers quickly soared to an all-time high of 1.8 million in 2016.

The airport’s growth trajectory was then stopped in its tracks by the Iraqi government’s decisions to suspend all international flights from Erbil in September 2017 in response to the holding of an independence referendum in Iraqi Kurdistan.

All international flights now had to go via Baghdad and, not surprisingly, the decision led to a significant drop in passenger numbers, its annual throughput dipping by 11.4% in 2017 and a further 4.5% in 2018 to back to around the same 1.5 million passengers per annum it was handling in 2014.

Things could only get better, and they did with the lifting of the international ban in March 2018, since when the number of international services have slowly begun to return, initially as charter flights and now as scheduled daily international flights.

EBL’s growing route network means that the airport predicts that 1.75 million passengers (+14 %) will pass through its facilities in 2019.

Talking about the current traffic trends, airport director Talar Faiq – the only female airport boss in the Middle East – said: “We have come a long way in a relatively short space of time, as until 2003, no civilian services operated from Erbil.

“Across federal Iraq, currently no more than around four million passengers per annum are using Iraq’s airports. Estimates suggest that given the size of the population, nearly 40 million, at least seven million people should be flying annually.

“So, the potential is there, and here in Erbil we are seeing that potential slowly being realised. The Kurdish people are widespread, in part due to many, many thousands being forced to flee the repression of the Saddam dictatorship.

“Communities of Kurds can be found in Scandinavia, the UK, Turkey and the US, where Nashville and San Diego are two prime examples of major cities with a sizeable Kurdish population.

“Business in Iraqi Kurdistan is recovering, many countries have established consulates here, and a large number of NGOs have offices in Iraqi Kurdish cities. We are also seeing the beginnings of tourism again.”

Of course, developing aviation within Kurdistan and wider Iraq is not without its challenges.

Unlike the Gulf States, Iraq does not subscribe to an Open Skies policy. All new routes and services are subject to approval from the Iraqi Civil Aviation Authority and the limitations of whatever bi-lateral agreements are in place.

What is the appeal of Erbil and who is flying there? Point-to-point traffic and the city’s capacity to supply traffic to long-haul routes via Istanbul, Doha, Dubai and other hubs is clearly a factor, as is the growing demand for travel to the region.

Erbil is also growing in popularity as a Hajj departure point, and on-going traffic throughout the year for other religious pilgrimages.

Finally, its position on the old ‘Silk Route’ between East and West, is still relevant today.

EBL joined ACI Asia-Pacific in 2013 and Faiq and her colleagues have been regular attendees at the organisation’s global events ever since, while staff have been sent on training programmes and the airport benefits from its advice on a number of key operational and customer service issues.

Explaining the benefits of being a member of ACI, Faiq says: “We were the first airport in Iraq to join ACI and it has brought many benefits, not least giving us access to expertise from across the airport world.

“It is always important to hear how fellow airport professionals solve the challenges they face, we can learn from them and apply those lessons for the benefit of our passengers and airlines.”

What are the key challenges and opportunities facing the airport today and does Faiq think that it is inevitable that things will dramatically improve for the better if armed conflict in the region was to end and greater stability was to return?

Faiq says: “The Kurdistan region has escaped most of the fighting that came with the removal of ISIS from Mosul and areas of the South. Due to our brave Peshmerga, ISIS was not allowed a foothold in this region. Thankfully, the region was able to host more than 1.5 million refugees from Syria and the South of Iraq, some of whom have returned, many of whom have stayed.

“We are a very stable part of a country that is notoriously, unstable, and have benefitted from the focus on security maintained by the Kurdistan Regional Government. Many countries do not differentiate between wider Iraq and the Kurdistan region when it comes to travel advice, and as such, the region’s stability and calm are overlooked.

“But we press on and with the help of key partners such as dnata [ground handling], and Air BP [fuel], we make it easier for airlines to operate and flourish.

What are the long-term growth predictions for Erbil, does this mean that new infrastructure will be required, and what can EBL ultimately achieve as an airport?

“We assume growth of around 9% per annum and are planning accordingly,” reveals Faiq, noting that the airport’s master plan, drawn up with the help of Lufthansa Consulting, includes proposals for more aircraft parking and an upgraded terminal.

She continues: “We are currently focused on optimising import times for inbound cargo as we want to make Erbil the airport of choice for air freight into Iraq.

“Achieving this goal will be as much about reducing bureaucracy and improving existing processes and procedures as it will be through investing in people, technology and facilities.

“Whilst we are proud of our successes, we are mindful of the fact that there is much to be done if we are to get anywhere near to fulfilling our ambitions for Erbil International Airport.

“We will, therefore, never stand still and maintain a constant focus on safety,  operational excellence and on planning and delivering the infrastructure that will serve tomorrow’s passengers and airlines.”

Faiq adds: “We are the gateway to this proud region and the airport’s growth and success reflects the potential of the region and the journey to realising that potential.” 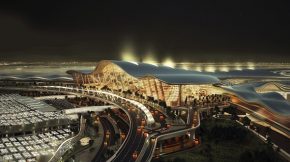 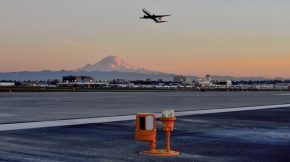 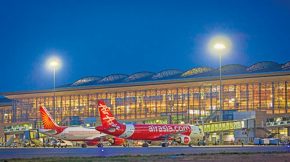 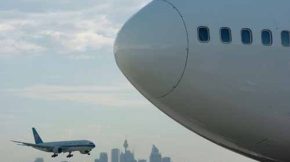