Bengaluru’s Kempegowda International Airport (BLR) facilitated the movement of more than 183,000 kilos of roses to 25 international and domestic destinations in the build up to Valentine’s Day – nearly twice as many as last year.

“Bengaluru is the biggest exporter of roses in India. At BLR, we take pride in becoming a channel to aid the local community, growers and shippers by facilitating shipment of their produce while maintaining freshness,” enthused Satyaki Raghunath, chief strategy and development officer for Kempegowda operator, Bangalore International Airport Limited (BIAL).

“We will continue to work with our cargo partners to introduce new initiatives and facilities that cater to constantly evolving demand.” 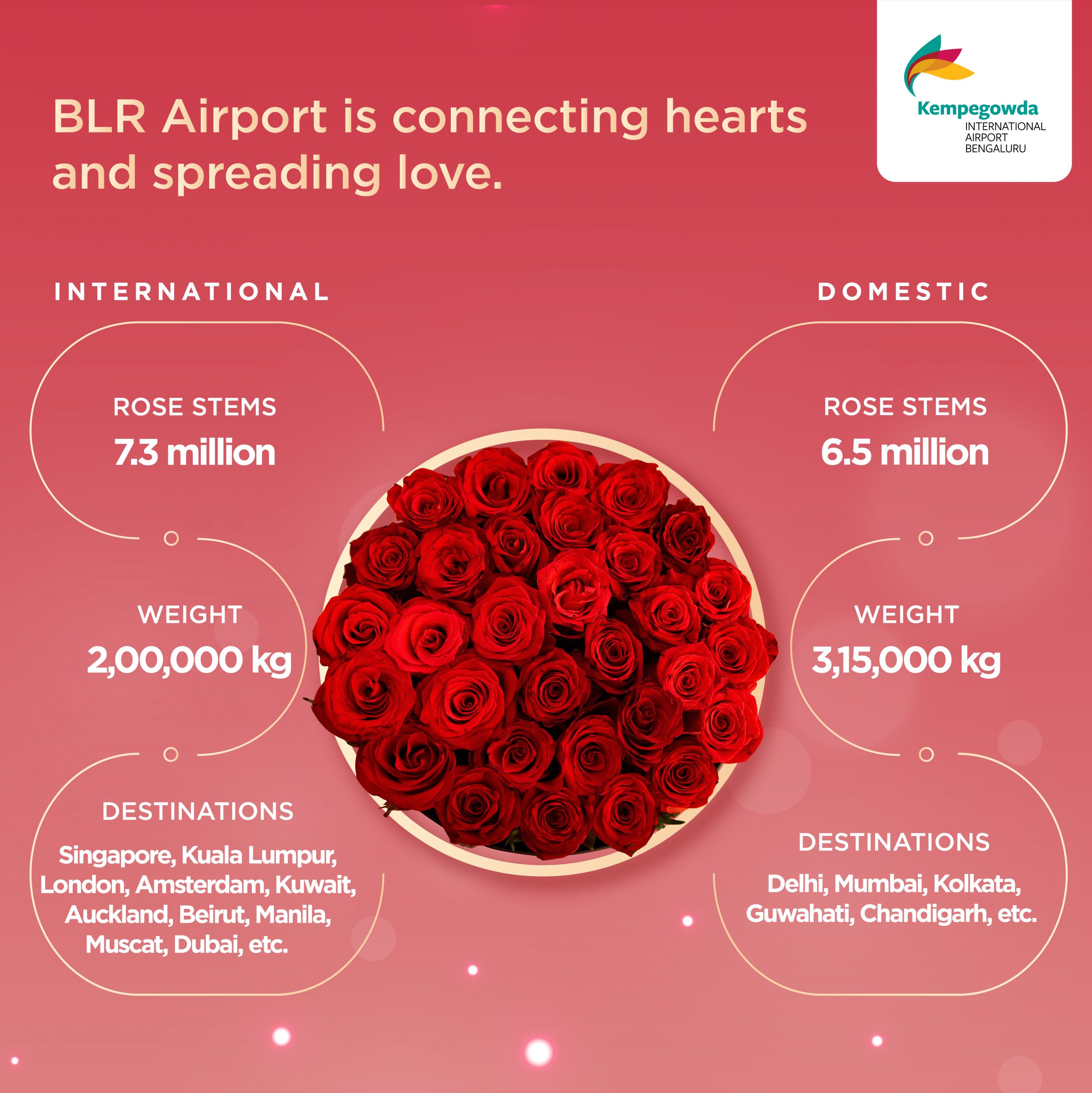 Aided with robust cold-chain infrastructure, operated by Air India SATS and Menzies Aviation Bobba Bangalore, and adequate airline capacities to key markets globally, BLR has transformed itself as the preferred choice for perishable shipments in India.

Through its cargo partners, the airport has invested in several tech-driven interventions to ensure there is no temperature excursion, reduce the handling time and speed up clearance of consignments.

The Plant Quarantine Inspection and Certification facility at the terminal enables seamless and faster transit of flowers. All farm-fresh commodities reach their destinations within 24 hours of harvest.

Bengaluru Kempegowda accounted for 31% of India’s total perishable shipments, and according to the Agricultural and Processed Food Products Export Development Authority’s (APEDA) data for FY 2020-21, was the leading gateway for flower exports.