Abu Dhabi Airports today released its passenger traffic results for the third quarter of 2022, which show that 4.7 million passengers passed through its gateways during the period from July 1 to September 30. 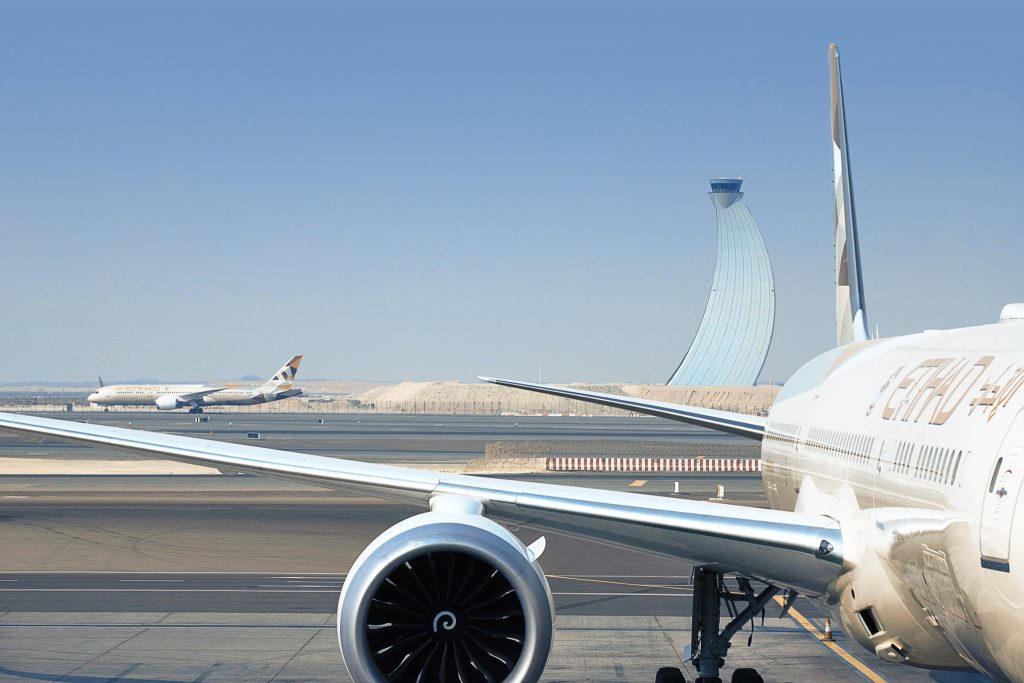 The latest figures mean that between them the five airports handled 10.9 million passengers in the first nine months of 2022 – equivalent to annual passenger traffic in 2020 and 2021 combined.

Abu Dhabi Airports expects to close 2022 with an excess of 15 million passengers.

H.E. Jamal Salem Al Dhaheri, managing director and CEO of Abu Dhabi Airports, said: “These figures are a demonstration of how the aviation industry has recovered remarkably.

“New airlines and air routes continue to be attracted to Abu Dhabi, while new and improved services have played a prominent role in accommodating the expected surging demand head-on. For Abu Dhabi Airports, 2022 has been a year of sustained momentum, maintaining a level of excellence that we will carry forward to Q4”.

Third quarter statistics confirm that 49,046 Air Traffic Movements (ATMs) were recorded across the five airports, a significant 35% increase from the 36,367 ATMs in Q3 2021. These flights were conducted between more than 100 passenger destinations on 23 airlines. 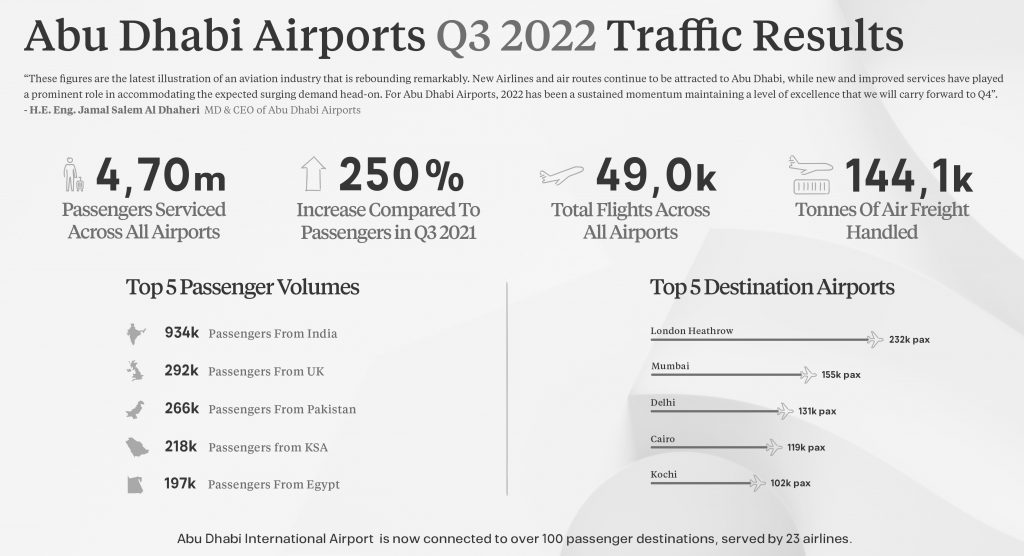 Abu Dhabi Airports also released its Q3 2022 cargo traffic results for Abu Dhabi International Airport that show the airport handled 144,083 tonnes of air freight, compared to 182,929 tonnes during the same period in 2021 due to airlines rebalancing the fleet between passenger and cargo aircrafts.