While its traffic figures have yet to reach pre-COVID levels, Queen Alia noted improvements last year – welcoming 7.8 million passengers – 72% more than the previous year, although still 12% down on 2021 and pre-COVID levels.

AIG notes that several direct routes were launched in 2022 from QAIA via its main airline partner and the Kingdom’s national carrier, Royal Jordanian (RJ). 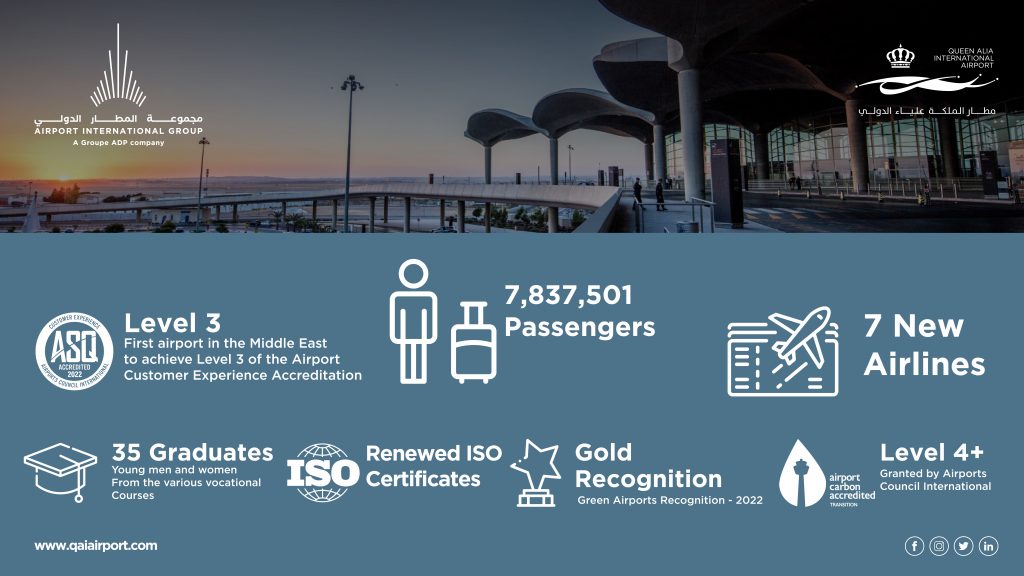 Underscoring its commitment to implementing the best environmental practices, QAIA became the first airport in the Middle East and second in Asia-Pacific to achieve Level 4+ ‘Transition’ status in ACI’s Airport Carbon Accreditation programme, while it also received a Green Airports Recognition award from ACI Asia-Pacific for its efforts in transitioning towards a low-carbon future. 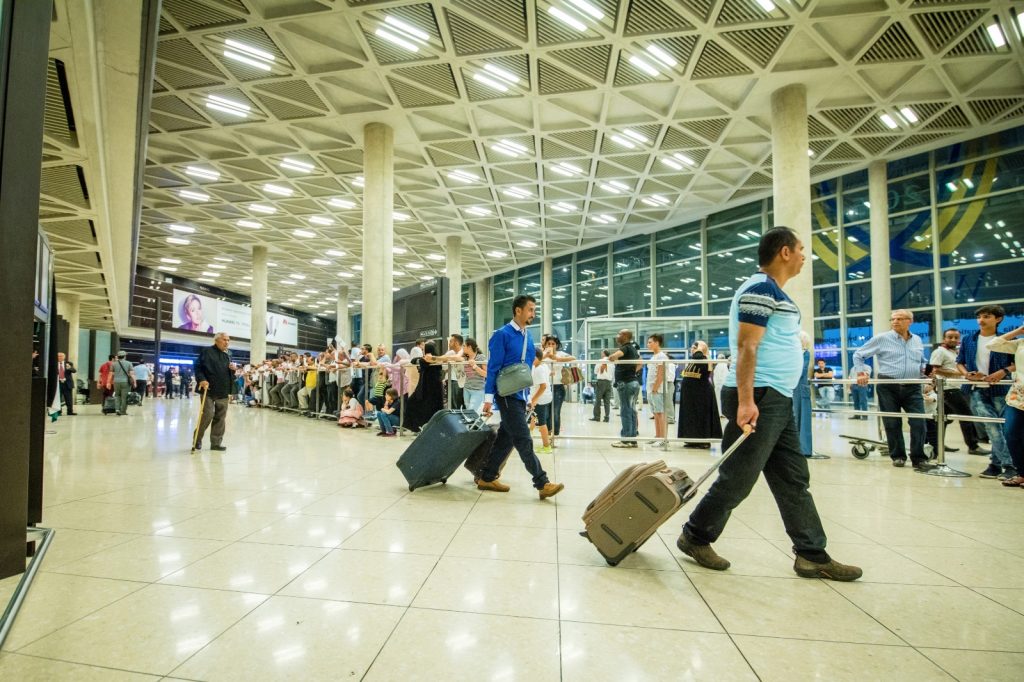 Reflecting on 2022, AIG CEO, Nicolas Claude, said: “Despite continuing to deal with the aftermath of the pandemic, we have made great progress in shaping a customer-centric airport that exudes Jordanian hospitality, feels like home to our passengers and is environmentally friendly.

“Looking back, I cannot but feel immense gratitude towards our exceptional team and steadfast partners that go above and beyond to ensure QAIA remains a multi-award-winning airport consistently recognised within global arenas.

“As we enter the tenth year since the inauguration of QAIA’s New Terminal, I eagerly look forward to witnessing Jordan’s prime gateway to the world reach even greater heights of success alongside our grantor, partners and shareholders.”