Asia-Pacific Airports discovers that Ever Rich Duty Free plays its part in the customer service success of Taoyuan International Airport.

Taoyuan International Airport is fast gaining a reputation for itself as one of the world’s most customer-focused and passenger friendly airports.

It also won the best airport by size and region for Asia-Pacific in the ASQ awards, which in 2016, were based on the results of 600,000 individual passenger surveys at 318 airports across the globe.

And it doesn’t end there as shortly after ACI announced this year’s ASQ winners, Taoyuan International Airport was rated as having the best airport staff in the world in SKYTRAX’s 2017 World Airport Awards.

It is the second time TPE has received the honour after being crowned number one in the world in 2015.

As the airport’s long-term partner, Ever Rich Duty Free Shop, not only shares the credit but also feels grateful for the recognition.

It prides itself in its devotion to providing each passenger with a top notch shopping experience through the variety of duty free goods on offer and the warm welcome and service of its staff.

Ever Rich staff, for example, were the first to introduce free product sampling in the terminals, including local teas and tasty snacks as a way to showcase ‘Taiwan-style’ hospitality.

The company believes that its motto of ‘service from the heart’ can clearly be seen in the quality of service provided by its employees, who include pink beret wearing meet and greet staff that are only too happy to offer help and advice to passengers.

Ever Rich also holds many cultural and promotional events, which not only boost sales and create a lively airport environment, but also represent local culture.

And it has dedicated nearly 50% of its airside facilities for non-business use, such as an Internet area, nursery room, art gallery and service counters.

It believes that its ‘Pride of Taiwan’ and ‘Beauty of Taiwan’ themed waiting lounges are unique and culturally representative of the country, and without doubt they have contributed towards it winning Frontier Magazine’s  ‘Airport Retailer of the Year: Top-achieving Single Location’ award.

The total includes 300 staff employed exclusively in information and traveller services rather than sales. They man TPE’s customer service counters and assist passengers with everyday travel queries as well as going that extra mile by providing complimentary stroller rentals, photocopying/printing services and gift wrapping when appropriate.

Ever Rich celebrated TPE breaking the 40 million passengers per annum barrier for the first time last year by holding a lucky draw that offered entrants the chance to win a Mercedes Benz car.

The airport actually handled a record 42.3 million in 2016, which means that in 2017 it will be competing against the biggest, and arguably best airports on the planet for the first time in ACI’s ASQ programme after moving up from the 25-40mppa to the 40mppa plus category.

The new competition will be tough, but Ever Rich claims that it is looking forward to it and is well prepared for the challenge as it constantly reviews and refines its services to ensure that it delivers the high quality service that passengers want.

When it comes to the delivery of good customer service, Ever Rich notes that it realises the importance of training and, as a result, in addition to in-house training, it encourages and gives employees the opportunity to take part in external classes to build up their skillset.

Finally, Ever Rich is a firm believer in the importance of corporate social responsibility (CSR), and this philosophy ensured that its staff were actively involved in nearly 500 community projects last year, and these efforts have continued into 2017.

The commitment means that staff regularly visit nursing and care homes to help out and brighten up the day of residents.

Ever Rich’s in-house magazine, B Paper, regularly reports on the selflessness of its employees, creative ideas that staff have come up with, the charity work engaged in by its different departments, and important events within the company.

Its commitment to service and aid has even had life-saving consequences as the company donated more than 20 Automated External Defibrillators (AED) machines to TPE, one of which was used to revive a 42-year old heart attack victim a few years ago.

Sensitive to the local culture, committed to customer service and always looking to improve its offerings, Taoyuan International Airport has a partner it can rely on for the long-haul. 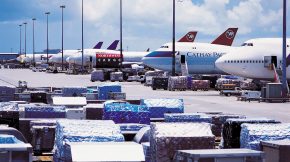 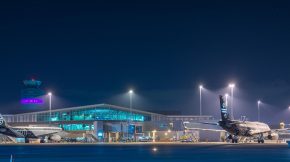 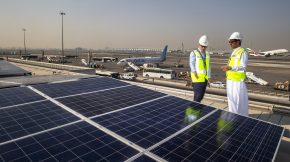 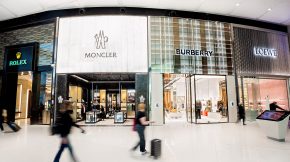