How are Kazakhstan’s airports faring and what are the plans for their future development? Lufthansa Consulting’s Askhat Torshin answers the big questions.

What are the most recent major developments in Kazakhstan’s aviation sector?

Kazakhstan has demonstrated its intention to comply with international standards and accepted IATA’s Operational Safety Audit as a compulsory requirement for the maintenance of regular flights.

The EU Air Safety Committee recognised the work performed by Kazakhstan’s aviation regulator to ensure that aviation fully complies with the international standards, and removed Kazakhstan from the EU blacklist.

In terms of airports, Astana International Airport has just opened a new terminal as part of the country’s preparations for Astana EXPO 2017 (See box story).

Lufthansa Consulting has helped the railway company – Kazakhstan Temir Zholy (KTZh) – develop an airport holding strategy for 11 state airports. The aim being to successfully develop and co-ordinate the country’s airport operations in line with international safety standards as well as international best practice in commercial and operational management.

Our experts also helped in the preparation for the launch of the new regional passenger carrier Qazaq Air – a subsidiary of sovereign wealth fund Samruk-Kazyna – by validating, updating and expanding the business plan of the airline. Today, Qazaq Air covers around 5% of the domestic market.

The newly completed 47,000sqm terminal in Astana will boost the airport’s capacity to 8.2 million passengers per annum and increase its appeal as a transfer hub, according to chairman, Paolo Ricciotti.

Costing close to $200 million, the new 14-gate Terminal 1 is twice the size of the old terminal and features a number of impressive new retail and F&B offerings.

Its opening will allow the existing terminal to be rebranded as Terminal 2 and used exclusively for domestic flights.

Ricciotti told Asia-Pacific Airports magazine: “Our key goal is to become the hub of Central Asia by making Astana the region’s main connecting point between cities around the world, and we believe that the new terminal will help us achieve it.”

Transit passengers only represent around 5% of the airport’s passengers today, although international traffic now accounts for 35% of the traffic after a number of new routes launches in 2016, which included a new KLM service to Amsterdam.

What is the country’s plan for developing its airports?

As of today, there is no dedicated airport development strategy for Kazakhstan’s 20 airports, 16 of which are allowed to serve international flights.

However, airport development is mentioned in the State Program of Infrastructure Development ‘Nurly Zhol’ and the Strategic Plan for the Development of the Republic of Kazakhstan until 2020, and since the adoption of the programme in 2015, Kazakhstan has modernised 13 runways and nine terminals.

Almaty and Astana are Kazakhstan’s main international hubs and the plan is to double the number of key international gateways by the early 2020s. The country’s macro regions are defined as Almaty, Astana, Aktobe, Shymkent and Ust-Kamenogorsk and, in accordance with this programme, all five should benefit from new infrastructure by 2020.

Development of Kazakhstan’s capital city airport, Astana, is mainly driven by the government, which has stated that it wants to establish the city as one of the world’s leading financial centres.

Has Kazakhstan got the funds to develop its airports on its own or is it looking for private investors?

A total of 13 airports are currently categorised by ICAO and according to the country’s strategic plan, this number should increase to 15 by 2020.

Our studies discovered that most regional airports require some form of capital expenditure (CAPEX) investment in order to comply with ICAO’s minimum technical requirements. This is a big ask in a country where many airports are not even able to finance their own operating expenses (OPEX).

The latter situation is, in part, the result of faults in the restrictive regulation on airport charges and a low share of non-aeronautical revenue, and the absence of a subsidy programme for small, commercially non-viable – but socially important – airports.

Today, most major airport investment projects are financed by the state (with certain exceptions in Almaty) and this isn’t likely to change any time soon, although the government is determined to make regulatory reforms to create more incentives for investors.

It is, for example, looking to comprehensively reform the regulation on airport charges and wants to liberalise the ground handling market to introduce competition and end the current monopoly situation at most airports.

Indeed, Kazakhstan recently removed the restrictions that stopped airports earning revenue from non-aviation related activities, so things are going in the right direction.

High fuel prices, however, remain an issue for most airlines serving Kazakhstan, and with the notable exception of some Kazakh carriers, all have to buy their fuel from a solitary fuel supplier at each airport. The exempted airlines negotiated their own
deals with the government that allows them to buy their fuel direct from the country’s oil providers.

We hope that a new, improved regulatory environment will make airports more attractive to international investors.

What are Kazakhstan’s development plans for Almaty International Airport?

The airport recently started work on the reconstruction of one of its two runways and construction of two new high-speed taxiways. The projects will allow the airport to handle up to 27 aircraft movements per hour.

Almaty also urgently needs to expand and modernise its passenger terminal building to raise its capacity, although current regulation does not make the project attractive to the private sector.

In 2015, Kazakhstan announced 100 concrete steps towards the implementation of five institutional reforms, and one of the steps was the establishment of a new airport in Almaty. Our market study confirms the feasibility of a new international airport in Almaty, but only on the basis that it replaces the existing airport as the market isn’t strong enough to support two gateways. We also believe that it will be easier and more cost effective to develop the new hub on the same site as the existing airport.

A total of 4.7 million passengers passed through Alamty International Airport in 2016 to cement is status as Kazakhstan’s busiest gateway.

It serves the city of Almaty and most of southern Kazakhstan, and arguably only faces limited competition from Bishkek in Kyrgyzstan. Almaty and the surrounding region is home to 3.5 million inhabitants – 20% of the country population. Almaty city’s GDP per capita is the second highest among Kazakhstan’s regions with only the resource-rich Atyrau region achieving higher levels.

The former capital city’s airport also boasts the largest route network of any airport in Kazakhstan, primarily due to the city’s population, business and tourism appeal and being the home base of Air Astana.

It is, however, expected that the airports will be equally matched in the future due to Kazakhstan’s dual hub strategy and traffic development fuelled by business and tourism growth in Almaty and commercial and government sector related travel in Astana.

International transfer passengers have increased significantly in recent years, but still only account for around 11% of all passengers. O&D traffic continues to dominate, equally split between international (48%) and domestic (52%) services.

Kazakhstan has a mixture of ownership types: government, quasi-governmental ownership (via state holding and national companies) and private. We believe that regulatory change will convince more private players to invest in Kazakhstan’s airport sector.

How important is Air Astana to traffic development across the country?

Air Astana accounted for around 53% of the domestic market in 2016 and 41% of the international market, making it the country’s biggest airline by quite some margin.

From the very beginning, Air Astana demonstrated its intention to comply with international standards, and today it successfully competes against a host of international carriers serving the regional market. I would even go as far as to say that, in my personal opinion, Air Astana offers the best product of all the airlines in the region. And I am certainly not the only one in thinking this, as it is rated a four-star airline by Skytrax.

Who are the other major airlines serving Kazakhstan?

Kazakh carrier, SCAT Airlines, is the second biggest airline in the market with a 23% share of the domestic market and a 7% share of the international market. Another big player is Aeroflot, which has been the biggest beneficiary of Transaero’s demise and is now the second biggest international airline serving Kazakhstan due to its expansion on Russia-Kazakhstan routes in collaboration with low-cost subsidiary Pobeda Airlines.

Wizz Air launched a twice weekly low-cost service between Budapest and Astana in June, so perhaps the best time to discuss the impact the LCCs have had on the market will be in about a year’s time?

The domestic market isn’t big enough for the high frequency, quick turnaround operations required by traditional LCCs and, once again, existing regulation does little to support the introduction of pure LCC models. As a result, two domestic carriers – Qazaq Air and Bek Air – offer a simplified, low-cost product that partially implements the LCC model. They fared well last year, increasing their market share to 22% from 19% in 2015.

• Askhat Torshin is Lufthansa Consulting’s permanent representative for Russia and the CIS. He can be contacted at Askhat.Torshin@LHConsulting.com 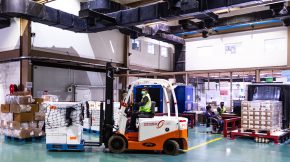 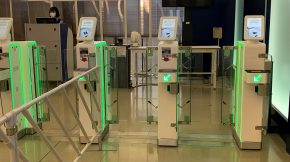 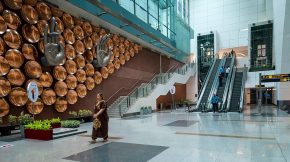 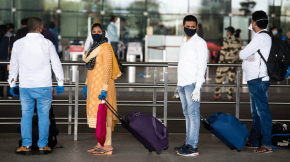