What’s the latest in the world of airport IT? Joe Bates reports back from the recent Air Transport IT Summit.

First there was ‘virtual reality’, then we were introduced to ‘augmented reality’ and now we could potentially have ‘mixed reality’ at airports if new HoloLens technology currently being trialled by SITA comes to the market.

Initial trials of the HoloLens at Helsinki Airport apparently went well and, according to SITA, a new world is beginning to emerge where operators can use the technology to analyse and manage airport operations in a mixed reality environment.

Explaining the new technology, Jim Peters, SITA’s chief technology officer and head of SITA Lab, enthused: “Mixed Reality hits a sweet spot of having an experience that is fully immersive for the user, but unlike virtual reality also keeps that person in the real world.

“The user can interact with both and avoids the disorientation or discomfort of fully immersive virtual reality. There are benefits to having multiple people using the headset and simultaneously interacting with the same virtual display. This could be really useful for scenario planning exercises.”

In effect, HoloLens is the world’s first self-contained holographic computer that enables users to engage with digital content and interact with holograms in the world around them.

SITA believes that this new way of looking at the world can provide new insights into how the airport is functioning.

And HoloLens also opens the possibility of being able to access the AOCC environment from any location, on or offsite, allowing experts to provide input to situations remotely.

Peters added: “Mixed reality, which combines augmented and virtual reality, is more than a new interface, it is a new way of looking at the world and allows things to be done in a new way.

“It enables digital and physical data to exist together. Our early research shows that there are potential uses for airlines and airports – for operations, maintenance and training.

“We need to learn how to interact in this new environment. In the same way that we moved from computers to smartphones and voice recognition, now we can go beyond the screen.”

Another new innovation seen for the first time at the Air Transport IT Summit were SITA’s new robotic check-in kiosks that can move themselves around the airport to find customers.

And the good news is that it uses existing SITA data systems and can also communicate through a Cloud service to ensure that the right number of kiosks are at the right position when needed, which SITA assures makes them highly responsive to changes in the airport.

The cutting-edge robotic kiosk makes use of geo-location technology to find its way through the airport. This, says SITA, allows the kiosk to move around freely across the airport terminal, using obstacle avoidance technology to avoid bumping into people or things.

KATE and her fellow robotic kiosks will automatically return to their docking stations when they are low on power or need to be resupplied with boarding passes or bag tags.

As for the conference section of this year’s summit, airports were most strongly represented in a session about ‘Transformational technology leadership’, with ACI Europe’s director general, Olivier Jankovec, and Groupe ADP’s chief information officer, Gilles Lévéque, taking centre stage.

Jankovec said that transformational technology leadership at airports was being driven by a number of different factors, most notably by changing airport business models that have seen airports evolve from “being infrastructure providers to fully fledged and diversified businesses”.

He called technology “a great and positive enabler for airports”, noting that it has allowed airports to enhance the passenger experience and improve operational efficiency communication with passengers.

“IT has allowed us to maximise revenues, cut costs and squeeze our assets,” said Jankovec. “It has also aided communication with passengers through social media and other digital channels.”

Indeed, ACI Europe’s latest ‘Digital Report’ revealed that there are around 50 airport branded apps covering 164 airports across the continent.

However, Jankovec admitted that there was also a downside to IT innovation, revealing that online shopping, for example, posed very real challenges to the established business models of airports. 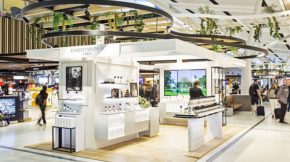 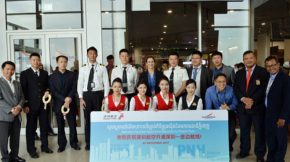 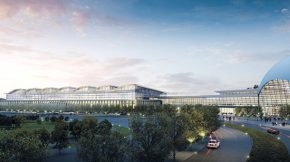