Hamad International Airport (HIA) handled a total of 7.8 million passengers in the second quarter of 2018, according to the gateway’s latest traffic figures.

The month of June has particularly been a busy one for Qatar’s airport with year-on-year growth of 12.56% in passenger figures and 8.9% in aircraft movements.

It states: “The second quarter of 2018 has been promising for Qatar’s airport hub, emerging strong since the blockade imposed on Qatar last year, confirming positive growth in addition to having achieved the ‘Best Airport in the Middle East’ award amongst other renowned recognitions earlier this year.

“HIA has contributed its efforts towards investing in facilities, services, staff and the newest technologies to provide a world-class passenger experience to its travellers.”

Tags:
Previous Article
VIEW FROM THE TOP
Next Article
BACK TO THE FUTURE 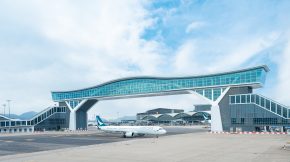