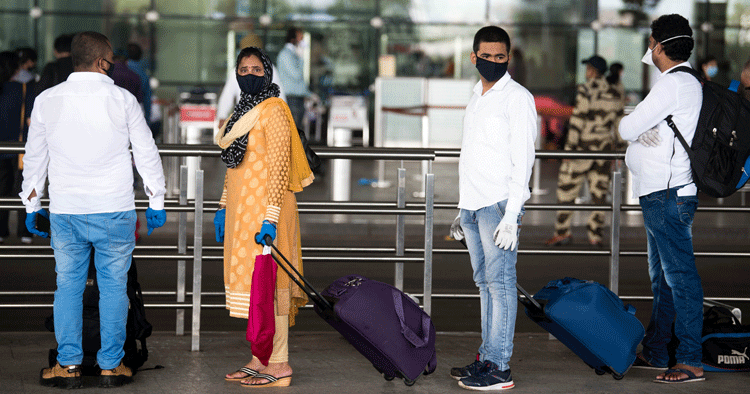 New ACI data reveals ‘green shoots of recovery’ for airports in Asia-Pacific and the Middle East.

The aviation industry in Asia-Pacific and the Middle East is experiencing green shoots of recovery, according to the first edition of Airport Industry Outlook, a new quarterly report by ACI Asia-Pacific.

The report, developed in partnership with Mott MacDonald, provides a snapshot of how airports in the region have performed during the first quarter of 2022 (January to March).

This analysis also sheds light on two recurring themes which are currently impacting the industry — COVID-19 pandemic and the geo-political conflict.

The industry showed encouraging signs of recovery in the first quarter of 2022 – capacity was rebuilding in many parts of Asia-Pacific and Middle East region; domestic passenger traffic made considerable progress; cargo growth has proven to be resilient and is above pre-pandemic levels. Despite the subdued pandemic environment, airports in the region continued to provide a safe and high service quality for the benefit of their passengers.

However, travel restrictions ranging from mandatory quarantines in designated facilities to pre-departure testing and on-arrival; suspension of international air travel in some parts of the region; geo-political conflict and subsequent impacts on macro-economic factors, have proved to be detrimental to the overall growth of aviation.

“Analysis shows that travel restrictions have, to a large degree, failed to prevent the spread of COVID-19 mainly due to the high infectious nature of the omicron variant and have turned out to be a deterrent for the recovery of aviation, impacting the economy of the region,” said ACI Asia-Pacific’s director general, Stefano Baronci.

“Cargo business proves on the contrary the leading role that Asia-Pacific plays in the global economy. Despite an improving trend, airport financial margins remained far below pre-pandemic levels and are economically unsustainable. It is therefore time to remove ineffective restrictions and enable nations to accelerate their economic growth.

“To achieve a truly sustainable recovery from the slump caused by COVID-19, co-operation and the establishment of standards that harmonise the processes for international travel between states are crucial. The global recovery will only be realised with the escalation of vaccination campaigns, development of digital health passes, and supportive policies from governments.”

Boosted by high rates of vaccination (70% or above in the six largest aviation markets), since early 2022, many countries have been easing entry requirements, but parts of Emerging and Developed East Asia (Japan, Republic of Korea, Chinese Taipei, Hong Kong, Macau, China, Mongolia and Democratic People’s Republic of Korea) have kept quarantine requirements in place. In Asia-Pacific and the Middle East, currently 20 countries have no significant entry restrictions.

China plays a key role in the region as most of South East Asian airports and Australia are largely dependent on Chinese travellers. The re-opening of international air travel to and from China will not only accelerate growth in the region, but also provides a thrust to the industry across the globe.

While domestic passenger traffic has made considerable progress, with the easing of restrictions within some countries, international traffic, which is the key revenue driver for airports in terms of passengers’ commercial spend, has remained largely stagnant due to restrictions and geo-political tensions in and around the region.

Considering airline seat capacity as a proxy to measure the flow of passengers, as compared to 2019 Q1 data, domestic traffic has made a recovery of 92% of pre-pandemic levels, but international seat capacity was still down 67% during Q1 as travel restrictions, quarantine
and testing requirements continued to hamper the growth of air travel.

The total domestic seat capacity is expected to recover to levels exceeding 2019 by Q2 2022 by approximately +4%. This is driven largely by Emerging East Asia (notably China), which has 15% more departing seats scheduled in 2022 than in 2019.

Middle East domestic capacity remains below 2019 levels. In contrast, total international seat capacity in 2022 is 49% below 2019 levels, with significant variation between sub-regions. South Asia and the Middle East are only down about 15% on 2019 levels, while Emerging East Asia (China, Mongolia, Democratic People’s Republic of Korea) is still down by 81%, and is once again experiencing stringent travel restrictions. 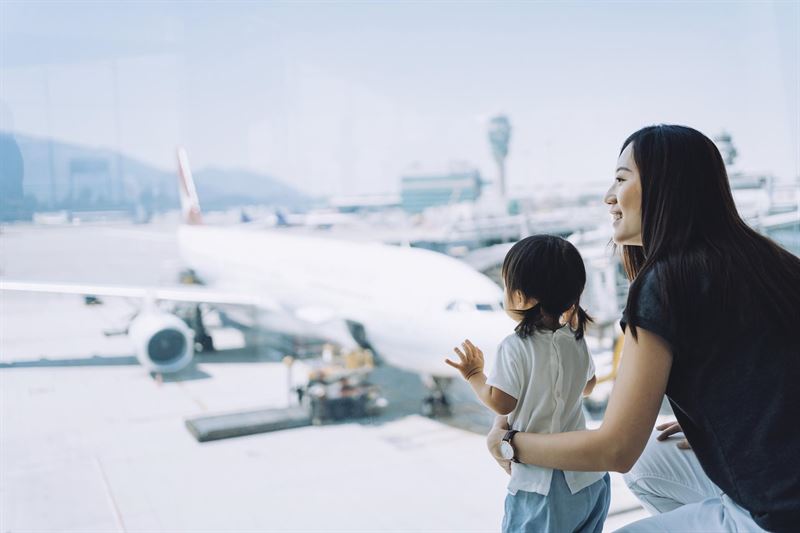 Cargo growth has proven to be resilient in comparison with passenger traffic, and remains significantly above pre-pandemic levels. As passenger airlines return providing more belly capacity, air cargo is expected to continue its growth trajectory.

The sub-regions with the largest cargo shares are Developed Asia (Japan, Republic of Korea, Chinese Taipei, Hong Kong, Macau) with 32%, followed by Emerging East Asia with 29% and Middle East 16%. Developed East Asia was the only region in Q4 2021 that recorded traffic levels above 2019 pre-COVID level. All other regions reported levels around 0.85% or above compared to 2019.

The EBITDA and Net profit margins, based on a selection of sampled airports handling 30% of total annual regional traffic volumes in 2030, indicates improving conditions in Q4 2021, driven by an increase in passenger traffic and optimisation of operating costs. However, the margins remained far below pre-pandemic levels and are economically unsustainable.

Quarterly revenues remain 58% below the same period last year. Although revenues are improving slowly with traffic recovery, they remain at low levels, leading to large operating losses for airports. Total operating expenditures have declined since the start of the pandemic, with the decline having halved in percentage terms in Q4 2021 compared to the same quarter in the previous year.

Overall satisfaction scores for airports have increased continuously throughout the pandemic up to Q4 2021, and were around 5% higher compared to the same period in 2019. Similarly, Middle East performance is also above 2019 levels.