With international travel still very much on hold because of COVID-19, it is going to take the effort of all industry stakeholders to restore global connectivity, writes James Brass from aviation consultancy, York Aviation.

The last 18 months has been profoundly strange for the air transport industry. After years of growth and expanding route networks, government-imposed travel restrictions as a result of COVID-19 have reduced passenger numbers to a trickle and decimated route networks.

The impact on the air transport industry and the employment and prosperity it supports has been profound, with hundreds of thousands of job losses worldwide and unparalleled financial losses. However, this is very much only a part of the story.

The air connectivity that underpins the functioning of the global economy in terms of trade, investment, knowledge and labour flows, is currently only there in skeleton form. In Summer 2020, for example, the number of route pairs served by the world’s airports had dropped by 53% compared to Summer 2019, and, while Summer 2021 looks better, with route pairs only down around 26% compared to 2019, there is still a very long way to go.

Recovery is also uneven globally, with some regions suffering less and recovering faster (see Route Pairs by World Region graphic). For instance, Asia and North America, with their large domestic markets, dipped less and are coming back more strongly than Europe – where there has been significant second waves of COVID-19 in recent months – and the market is more reliant on international travel.

The economic recovery of cities, regions and countries around the world is dependent on building back this air connectivity. The Air Transport Action Group (ATAG) has estimated that aviation supported $3.5 trillion in GDP and 87.7 million jobs globally in 2018.

Separately, IATA has recently estimated that a 10% increase in aviation connectivity can increase labour productivity, which directly links to GDP, by 0.7%. The impact of individual routes can vary considerably, but previous research for the Chicago Department of Aviation has estimated the impact of a typical wide-body service at around $200 million each year, while research for Sydney Airport has estimated individual route benefits of around A$122 million each year.

This highlights, at a more micro scale, the economic benefits that can be realised through route network growth. These figures help to articulate the ‘prize’ that is associated with a true and effective recovery of aviation.

How governments and other stakeholders can support this recovery is a multifaceted question and the answers are not ultimately easy. Different airlines and airports are going to need different things, and needs are going to change over time as the industry builds back. However, there are some fundamental things that governments and other stakeholders can do to help the industry come back.

At global and national level, bringing COVID-19 under control, vaccinating populations as quickly as possible and developing effective treatments are clearly essential. Travel is restarting, but there are many restrictions still in place. It is only with COVID-19 under control and with the necessary mitigation measures in place that travel restrictions will begin to lift and eventually disappear.

This needs to be linked to restoring passenger confidence in travel. Governments have a job to do in communicating that it is safe to travel and that people can make plans in the knowledge that they will be able to travel.

Just as importantly, governments and others also need to continue to support the industry financially as it recovers, providing liquidity and labour market support, so that airlines and airports are able to service the pent-up demand that will be released as restrictions are lifted.

These measures are, however, largely self-evident. It is at the city and region level that much of the work around building back connectivity needs to be done.

Local and regional governments, economic development agencies, tourism bodies and other stakeholders have a major role to play in rebuilding connectivity and they need to be acting now.

The situation is improving, and recovery is starting. However, the damage across economies has been massive. There is an economic imperative facing cities and regions to stimulate economic growth and re-connecting to the world is a key part of that.

For many cities and regions, key air connections will have gone or be operating at significantly reduced capacity. It is time to start developing joint strategies with their airports to bring connections back.

Cities and regions also need to recognise that they have entered a period of intense competition around connectivity. A period when winners and losers in the race for economic recovery will be defined.

Connectivity has always been a dynamic element underpinning economic growth. The level of connectivity available to businesses in a region or the connections to inbound tourism markets have always needed to keep pace with that available to competitor cities and regions.

This has not been changed by the pandemic. The starting point has simply been reset and cities and regions are working from a lower base. The only difference is now that supply has been reduced, is more risk averse and the economic imperative on competitor regions is stronger than ever. 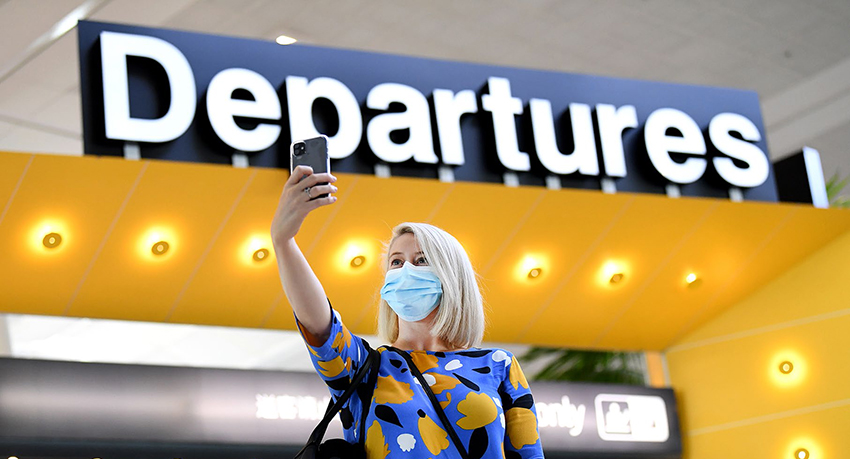 Places where the local stakeholders work together effectively and recognise the importance of rebuilding air connectivity will have an advantage as recovery begins in earnest.

This is not a matter of simply throwing money at the problem, not least because money is not necessarily something that is in abundant supply at the moment. Stakeholders need to be making interventions that will add value and make a difference to their cities and regions. They need to ask the key questions:

Stakeholders may also need to rethink their strategies for supporting airports and airlines to reflect the scale of the challenge of building back from the pandemic.

They may need to consider whether the traditional focus on business and inbound tourism routes is appropriate in the short run and whether supporting any route is, in fact, an effective way of helping their airports and to get demand moving again.

With route networks so shrunken, gaining back breadth of connectivity will be important. This suggests that restoring hub connectivity may be an important focus for stakeholders in the immediate term.

Stakeholders may also need to look at the means of intervention, with perhaps a greater focus on sharing risk, enabling airlines to access support for packages of routes rather individual routes, and on securing aircraft basing.

Ultimately, aviation will recover. Connectivity will be restored and the industry will restore its status as a core economic driver for cities and regions globally.

Local and regional stakeholders have an essential role to play in this. However, conversely, it is also vital for these stakeholders to get involved in the process of recovery to support the economic recovery of their cities and regions.