FROM MAPPING TO TRANSITION

A few years after being awarded the 25-year concession to manage the rehabilitation, expansion and operation of Queen Alia International Airport in Jordan, Airport International Group (AIG) commenced the airport’s decarbonisation journey.

From the outset it was determined that Amman’s gateway to the world would follow the rigorous standards of ACI’s Airport Carbon Accreditation (ACA) programme – the only institutionally endorsed, global carbon management certification scheme for airports.

As a result, AIG – a subsidiary of Groupe ADP – diligently developed a carbon footprint report and identified the primary sources of all on-campus greenhouse gas emissions. And the efforts paid off as in 2013, Queen Alia (QAIA) became an ACA-verified airport for the first time in its history, successfully achieving Level 1 ‘Mapping’ status in the programme.

Following the inauguration of QAIA’s new terminal and the rise in annual passenger capacity from 3.5 million to 9 million in 2013, Airport International Group recognised the significance of advancing to Level 2 ‘Reduction’ status by devising an effective carbon management plan and showing quantified emissions reductions.

Two years later, in 2015, QAIA officially became the first airport in the Middle East to achieve this feat.

Another important advantage to reaching the ‘Reduction’ level was devising an energy-saving action plan for the next five years, especially since 94% of emissions were due to Scope 2 (electricity consumption).

AIG was determined to complete most energy saving measures in the initial plan and, by 2019, had realised a 20% emissions reduction against the baseline year of 2012.

Before then, in fact ahead of the inauguration of the second phase of the new terminal in 2016, AIG successfully gained Level 3 ‘Optimisation’ status in the ACA programme, once again becoming the first airport in the Middle East to achieve the goal. 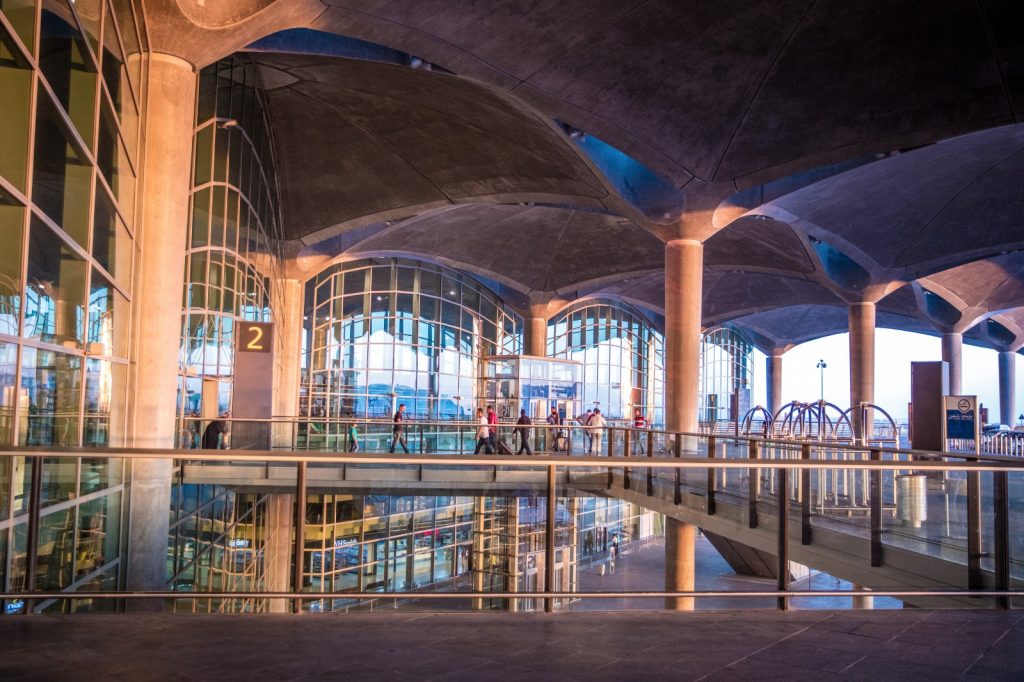 For this level, QAIA focused on engaging with major airport stakeholders such as the airlines, ground handlers, fuel service providers, catering agents and other relevant parties to promote the benefits of on-site energy conserving practices to reduce emissions from their activities and ensure a comprehensive and concerted approach to carbon management.

Several stakeholders offered proactive responses, such as aircraft maintenance companies curbing electricity consumption, while others replaced many of their gas guzzling older vehicles with zero-emission electric ones.

It is worth noting that although not directly connected with ACA, two energy-saving projects implemented between 2014 and 2019 twice earned QAIA Green Airports Recognition awards from ACI Asia-Pacific.

The first was in 2017 when QAIA won the ‘Silver’ ACI Asia-Pacific Green Airports Recognition award for converting airfield lighting along the Southern Runway from halogen to LED lights. The second, a ‘Gold’ recognition, was granted in 2022 as a result of a 15% drop in carbon emissions attained by enhancing the heating and cooling system throughout the terminal building.

In terms of its ACA journey, QAIA upgraded to Level 3+ ‘Neutrality’ status in 2018 by offsetting residual carbon dioxide from Scopes 1 and 2 (fuel and electricity consumption) by supporting other accredited, eco-friendly projects that decrease carbon dioxide.

In doing so, QAIA extended its streak as the first airport in the Middle East to realise this distinguished environmental accomplishment. Between 2015 and 2020, Airport International Group conducted two energy audits to identify opportunities to introduce energy-saving measures. Per the latest audit, an additional 18 projects entered the pipeline for implementation between 2020 and 2025, with expected 15% energy savings. 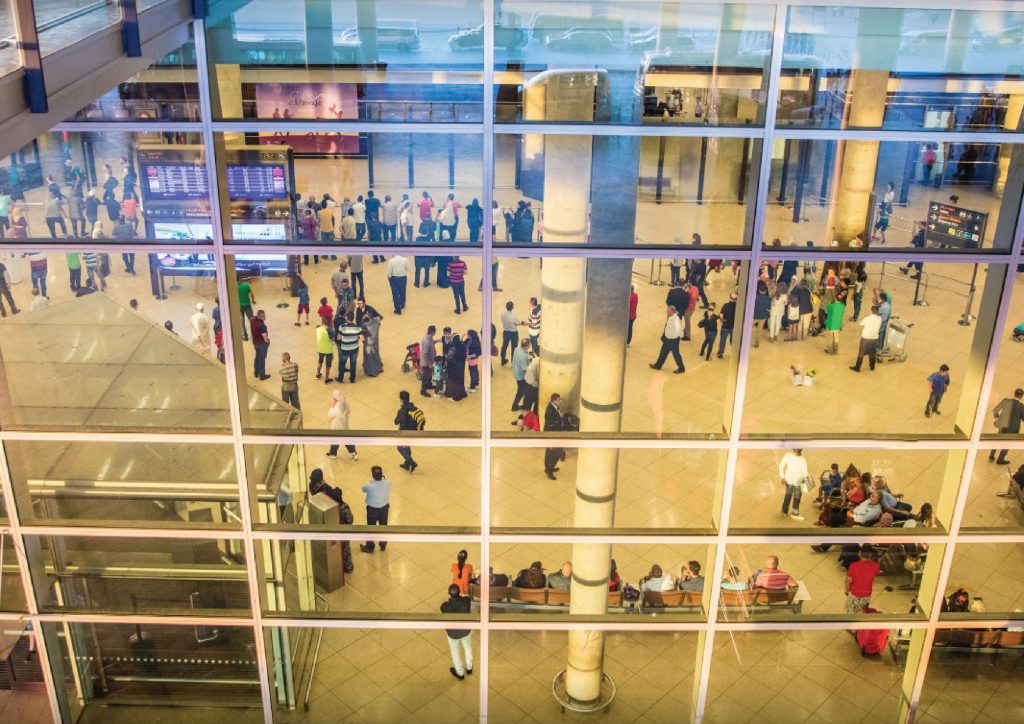 In 2022, QAIA became the first airport in the Middle East and the second in the ACI Asia-Pacific region to reach ACA Level 4+ ‘Transition’ status – which is valid until the renewal date in 2025.

QAIA was awarded the certificate following a rigorous review of its carbon management processes, which affirmed alignment with global climate goals to reach a net-zero carbon status by 2050, in addition to its establishment of a roadmap to reduce carbon emissions from fuel and electricity consumption and the ongoing responsible compensation of residual carbon emissions under its control, per the global airport industry’s response to climate change.

One of the major upcoming projects is a 4.8MW solar farm, which will be built on the airport’s north side. AIG should obtain the necessary approvals in 2022 and execution is expected to begin in 2023.

In alignment with global climate change goals to make aviation a carbon free industry by 2050, Airport International Group has pledged its commitment to transforming QAIA into a net-zero airport by the above target year. To this end, AIG has outlined a roadmap to achieve this goal, focusing on Scopes 1 and 2 as direct emissions and other actions that would address Scope 3 (emissions relating to third parties).

QAIA’s long-term carbon objective is to reduce 59% of its 2012 baseline emissions by 2035. However, one of the biggest challenges to fulfilling this goal is the unavailability of certified grid decarbonisation, which would enable AIG to utilise green energy sources directly from the electricity grid in addition to the one supplied by the solar farm. This obstacle is being discussed with relevant authorities in Jordan to garner their support.

Moreover, since January 2022, airline operators have been obliged to shut down aircraft auxiliary power units on contact stands and use ground power units, either ones supplied by the ground handler or fixed electrical ground power. The expected carbon emission saving from this endeavour is still under evaluation. In addition to these electricity saving actions, other emission reducing measures currently being assessed by the airport include using eco-friendly gas instead of diesel to operate the boilers in the terminal building.

AIG remains firmly committed to managing a sustainable, climate-friendly airport in support of UN Sustainable Development Goals and the Paris Agreement by deploying environmental best practices at QAIA and updating its energy conservation procedures, while paving the way as a national, regional and international leader in environmental management.

“Since 2013, Queen Alia has been setting an example of what it means to be a climate-friendly airport and has been the first in the Middle East to achieve ‘Neutrality’,” enthuses AIG CEO, Nicolas Claude.

“Such a proud feat is instrumental in highlighting not only Queen Alia, but also Jordan, on the global aviation stage. Given the deliberate industry-wide shift towards environmental best practices, we at Airport International Group are keen on building an even more sustainable and responsible international airport.

“On this note, I extend my sincerest thanks and congratulations to our team, partners and stakeholders on helping QAIA achieve yet another distinguished milestone and for continuously going above and beyond to ensure that the airport remains a trailblazing, sustainable and tourism-enabling gateway within the region.”

About the Author
Rula Dawood is AIG’s manager for the environment, social, health and safety, quality, safety and risk management.