Australia’s spectacular Gold Coast was the venue for this year’s Airport Service Quality (ASQ) awards ceremony for the world’s most customer friendly airports.

ACI’s Airport Service Quality (ASQ) customer satisfaction benchmarking programme is 10 years old this year and it marked the occasion with a record number of awards.

Indeed, it was a case of smiles all round, the occasional fist pump and lots of people striking poses as dozens of airports received their ASQ awards at a glittering ceremony held during the Gala Dinner at the recent ACI Asia-Pacific Regional Conference & Exhibition in Australia.

And it was fitting that the awards ceremony was held in the region as ACI Asia-Pacific airports completed a clean sweep in all of the global sections in the annual survey that involves over 550,000 passenger interviews at more than 300 airports in 80 countries across the planet.

In total, a record-breaking 62 airports won awards in the 2015 ASQ survey due to the introduction of new categories and the results in others being too tight to call.

In the global Best by Size categories, customer service king, Incheon International Airport, finished top in the Over 40mppa section although this time it had to share the honour with Singapore Changi as the two super hubs couldn’t be separated on the score cards.

The duo finished ahead of an all Chinese cast on the runner’s up podium with Beijing Capital and Shanghai Pudong tied in second place and Guangzhou Baiyun finishing third.

ACI also found it impossible to separate India’s Mumbai–Chhatrapati Shivaji and Delhi–Indira Gandhi airports for top spot in the Best Airport by Size category for gateways handling between 25 and 40 million passengers per annum.

Seoul Gimpo retained its crown in the 15-25mppa category for the fifth successive year while Sanya Phoenix won the 5-15mppa and Jaipur, a new name in the winner’s enclosure, took the honours in the 2-5mppa category.

In the Best by Region categories, it was a case of as you like it for both Amman-Queen Alia (Middle East) and Incheon (Asia-Pacific), although for the first time in 11 years the Seoul gateway had to share the spoils with Singapore Changi in joint first place.

The new category of Best by Size and Region gave a number of gateways the chance to shine in ACI’s ASQ survey for the first time. They included India’s Jaipur International Airport, which triumphed in the 2-5mppa category for Asia-Pacific.

Others first time winners were Denpasar and Dammam, which both won Most Improved Airport accolades for the Asia-Pacific and Middle East regions respectively.

Worthy of note is that Jaipur, Sanya Phoenix, Seoul Gimpo and Delhi-Indira Gandhi airports were double winners after repeating their global success with first place rankings in the Best Airport by Size and Region categories for Asia-Pacific.

While Incheon, the most successful ASQ airport of all time, was a triple winner after finishing top outright in the Over 40mppa section in the Best by Size and Region category for Asia-Pacific.

Commenting on his airport’s success, Incheon’s CEO, Chung Il-young, says: “We continuously strive to do better and this now includes improving the old facilities and operational systems of Terminal 1 and completing the construction of the second terminal by 2017.”

Singapore Changi’s senior vice president for corporate and marketing communications, Ivan Tan, says: “At Changi Airport, we believe in delivering a passenger experience that is personalised, stress-free and positively surprising. We call this the Changi Experience and we can only deliver it with the strong and steadfast commitment of our frontline personnel including our dedicated and hardworking Changi Experience Agents (CEAs).

“The CEAs are our roving service ambassadors who comb our terminals armed with tablets. Rather than have our passengers walk to information counters, our on-the-go CEAs spot passengers in need and provide assistance such as giving flight details and directions.

“All the information they need is in their tablet. Together, our CEAs can speak close to 20 languages to cater to our international audience”.

He says: “Gimpo’s achievement of ranking the first in the world in airport services for the fifth consecutive time, despite its outdated facilities, is the result of the combined efforts of all airport employees who share the mutual goal of providing the best airport services and strive to achieve it.

“We will do our best to continue to innovate and make improvements to remain a customer-friendly and business-oriented airport.”

Reflecting on Queen Alia holding on to its title of Best Airport in the Middle East, CEO, Kjeld Binger, says: “The fact that we have been recognised once again by our passengers through such a prestigious global organisation is further testament to our consistent track record of achievements and our efforts toward sustaining our standing as one of the top 20 airports, which serves five to 15 million passengers.

“Looking back at how far we have come since the new terminal was inaugurated in 2013, it is clear that our competitive advantage lies in our conveniently smaller size, which makes for shorter transit processes and walking distances, not to mention Jordan’s stability and strategic proximity to Europe and Africa, making QAIA an ideal gateway for business and leisure passengers.”

The opening of its state-of-the-art Terminal 3 in 2010 certainly helped as operator, Delhi International Airport Limited (DIAL), proved good on its pledge to enhance service standards across the airport.

DIAL CEO, I Prabhakara Rao, notes: “The airport’s partners and employees have relentlessly delivered a distinct and enjoyable experience to our passengers enabling us to achieve three coveted ASQ awards.

“These achievements reiterate our commitment towards fulfilling our Honourable Prime Minister’s ‘Make in India’ mission and also act as a catalyst for the creation of a new paradigm for the passenger experience.

“In the fast-changing landscape of worldwide aviation, ACI-ASQ benchmarking programme is the key to understanding how to enhance passenger satisfaction and improve business performance.”

Paying tribute to the winners, ACI World’s director general, Angela Gittens, remarked that the ever increasing efforts of airports to concentrate on “ensuring a stellar passenger experience” appeared to be part of a larger trend.

“Airports have evolved into complex, customer-focused businesses in their own right that in many cases are in competition for passenger traffic,” she notes.

“From duty free and restaurants, to ambience, cleanliness, courtesy of staff, amenities, efficiency and more, air travellers are expecting big things from the airports through which they travel.

“More than anything, ASQ is a way for participants to measure the extent to which they deliver on these expectations.” 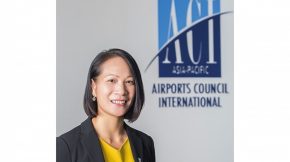