Expanding and “refreshing” the terminal building to focus on the passenger experience and creating greater operational flexibility are key goals of Christchurch Airport’s vision for 2040.

The gateway, which underpins NZ$2.1 billion in regional GDP and is responsible for 63,000 jobs, believes that its blueprint for the future champions the economic, social and sustainability outcomes for Christchurch and the South Island.

“The airport is the South Island’s gateway for visitors, airfreight and business and by 2040 is projected to have 20,000 people working here,” says airport chief executive, Malcolm Johns.

The blueprint to 2040 airport would also see Memorial Avenue extended to create a “grand avenue” to an expanded terminal to cater for forecast passenger growth.

While a series of minor runway extensions would cater for larger and more frequent aircraft, without a need for major changes to the airfield or noise impacts in residential areas.

Johns says the latest master plan gives the airport a framework to deliver future growth while making the most of exciting innovations in technology and sustainable management, which are likely to form an important part of society’s evolution over the next 20-30 years.

Landrum and Brown (L&B) is to prepare the sustainability master plans for India’s Kolkata and Lucknow international airports.

The global aviation planning and design consultancy was awarded the contract by the Airports Authority of India as a result of AAI being issued with a grant by the US Trade and Development Agency (USTDA).

The sustainability master plans will provide AAI with a roadmap for the development and expansion of its two fastest growing airports to accommodate the anticipated increase in demand, while incorporating sustainable and environmental best practices.

“We look forward to the opportunity to assist AAI in developing their long-term modernisation plans for Kolkata and Lucknow international airports, bringing the best in class ideas and technologies to solve complex issues at these vital transportation hubs,” says L&B’s CEO, Mark Perryman.

As the world’s ninth largest aviation market, India’s civil aviation sector is on a high growth trajectory, poised to be the world’s third largest national market by 2020 and, potentially, the largest by 2030.

STAMP OF APPROVAL FOR MUMBAI GATEWAY

India has issued two postage stamps to commemorate the 75th anniversary of aircraft operations on the site of Mumbai Chhatrapati Shivaji Airport.

The stamps are the first ever issued to an airport by India’s Department of Posts and highlight the impressive design of the present day Terminal 2.

They were unveiled at a special event organised specifically to honour the memory of the Late JRD Tata, who on October 15, 1932, piloted the first flight of Tata Air Services from Karachi to Mumbai via Ahmedabad carrying airmail.

Commenting on the occasion, Dr GVK Reddy, executive chairman of operator, MIAL, said: “It is a matter of great pride and honour for us at GVK to have been involved in a part of Mumbai airport’s incredible journey of 75 years.”

Everyone onboard was welcomed with orchids and goodie bags as they stepped into the terminal.

Passengers departing on the first outbound service, flight CX650 to Hong Kong, were also treated to some local delights, games and activities at the G19 boarding gate area.

More than 80% of them used at least one of the Fast and Seamless Travel self-service options for check-in, bag-drop, immigration and boarding.

Cathay Pacific and Korean Air are the first two of nine airlines that will operate out of Changi’s brand new terminal.

“The new terminal will increase Changi Airport’s capacity by another 16 million passengers per annum, bringing the total to 82mppa.

“T4 is expected to handle about eight million passenger movements in its first year of operation. More importantly, we are now able to deliver an even better travel experience to Changi’s passengers.” 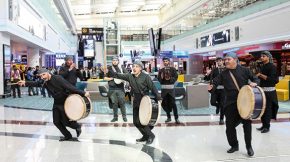 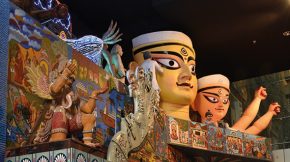 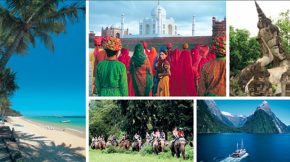 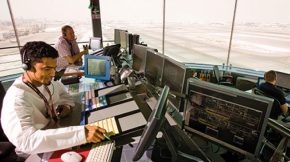 FIT FOR PURPOSE
NEWS, OTHER ARTICLES
Made by Aviation Media Ltd. ©All rights reservd.