Joe Bates takes a closer look at the opening of some innovative new retail/F&B outlets across the region.

SSP to be key F&B operator at Beijing Daxing

As the key food and beverage operator at Beijing Daxing it will work with the airport to introduce concepts that will appeal to both local and international travellers.

They will include a Blue Frog Bar & Grill, one of the fastest growing Western casual dining restaurants in China, which will open on the third-floor airside area of the airport.

Popular Japanese restaurant chain, Saboten, will also make its first appearance at a mainland airport in China, with a new outlet opening on the second floor of the domestic airside area. Passengers will be able to sample Saboten’s signature dishes such as its special tonkatsu sauce and Koshihikari rice.

“The travel retail market in China continues to grow at a rapid pace, and these latest launches will enable us to grow our presence and gain a stronger foothold in this burgeoning region,” says CEO of SSP Asia Pacific, Mark Angela.

It features a 180sqm podium diagonally split into two distinctive sections featuring ‘Pacomarket’ by Paco Rabanne and ‘Hotel Carolina’ by Carolina Herrera, two of the group’s most prominent brands.

QDF has amplified the retail activation with an innovative media campaign that immerses passengers in the brand experience as they travel through the airport even before they have reached the visually impressive podium.

Key cards at HIA’s Airport Hotel customised with the ‘Hotel Carolina’ theme, shopping trolleys sporting a barcode that plays on the Pacomarket theme and Carolina Herrera and Paco Rabanne ads playing on iconic digital screens that dominate the retail plaza create intrigue around the activation and entice visitors to the podium to experience these unique brand concepts.

All Blacks arrive at ChRistchurch Airport

Christchurch Airport has become the second New Zealand gateway to open an official All Blacks store in conjunction with Lagardère Travel Retail.

Located in the centre of the terminal and accessible to both domestic and international departing passengers, its opening coincided with the start of the 2019 Rugby World Cup in Japan.

The 120sqm store – whose design is said to have been inspired by a traditional locker room – features two eye-catching LED archway entrances inviting shoppers into the store, an experiential area featuring the Haka 360 experience, digital highlights reel showing iconic All Blacks’ moments, the Wall of Champions, and a roof adorned with a super-sized silver fern all designed to replicate the excitement and atmosphere experienced by the current world cup.

Introduced in partnership with the SSP Group and located landside in Terminal 3, Tai Cheong Bakery is one of Hong Kong’s most popular traditional bakeries with more than 20 outlets across Hong Kong, Singapore and Taiwan.

And, according to SSP, the new unit has been tailored to meet the needs of the busy airport environment, with a takeaway counter allowing customers to quickly “grab and go”.

In contrast, Archipelago Craft Brew House is a new concept developed by SSP in partnership with the Archipelago Brewery by Asia Pacific Brewery, which has been creating handcrafted, speciality beers in Singapore since 2006.

“Their new Archipelago Bar takes the passenger experience to a new level as they marry their unique craft beer flavours together with Singapore’s signature salted egg yolk offerings, creating an all-new blend of tastes for locals and visitors to enjoy.” 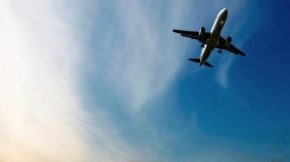