Regional director, Patti Chau, provides her thoughts on an exciting and productive end to 2018 for ACI Asia-Pacific.

Without doubt 2018 will go down as one of the busiest years on record for the ACI Asia-Pacific Regional Office, and it is certainly ending on a high with the success of a number of events we have either organised or participated in on behalf of the region’s airports.

These included the ACI Asia-Pacific Small and Emerging Airports Seminar in Malaysia; Trinity Forum in China; and the ICAO Conference of Directors General of Civil Aviation, Asia and Pacific Regions in Fiji, where we advocated on behalf of the airport community.

In early October we organised the ACI Asia-Pacific Small and Emerging Airports Seminar with the generous support of our host Malaysia Airports Holdings Berhad.

Held in Langkawi, Malaysia, the event attracted over 160 participants from 26 countries and territories across the Asia-Pacific region, making it one of our most successful seminars to date.

On the agenda were a number of issues of particular interest to small and emerging airports, which were covered in a range of formats and by a host of well-known industry figures (see page 12 for more details).

This biennial event is dedicated to the small and emerging airports in the Asia-Pacific region and we look forward to welcoming you to the next one in 2020!

The Trinity Forum returned to Shanghai, China, in late October/early November 2018, and once again we were able to deliver a successful show with our partners ACI World and the Moodie Davitt Report.

The event attracted a record attendance of over 500 delegates from across the globe and proved an excellent showcase for airport retail as well as a platform for improved co-operation and understanding between airports, retail concessionaries and brands.

We would like to thank our host, Shanghai Airport Authority, for their hospitality and support throughout the planning and execution of the event.

I am sure participants will agree that this was one of the most memorable Trinity Forum’s of recent years. Next year’s event will be held in Doha, Qatar, for the first time on October 30-31, 2019.

A key mission of ACI is to promote the collective interest of the world’s airports and the communities they serve and encourage professional excellence in airport operations and management, which we do on a regular basis at ICAO conferences and meetings.

The most recent ICAO event attended by ACI was October’s 55th ICAO Conference of Directors General of Civil Aviation (DGCA/55), Asia and Pacific Regions, in Nadi, Fiji, where the theme was ‘Collaboration and Harmonisation for Safe, Secure and Sustainable Aviation in the Asia Pacific Region’.

ACI presented four discussion papers on ‘Airport networks and the sustainability of small airports’, advocating for a position that States and airport operators should have the freedom and flexibility to decide whether or not to apply cross-subsidisation according to local circumstances; ‘Creating fertile grounds for private investment in airports’, recommending privatisation as one of the possible solutions to fund needed infrastructure development; ‘Recommended practices on transparency and consultation with airlines in setting airport charges’; and ‘Climate change adaptation for airports’.

Workshops were organised to help States fulfil commitments under the Beijing Declaration, ratified in January 2018, which included certification of all aerodromes by 2020.

We continue to make progress in terms of APEX Review in our region. Indeed, ACI is delighted that the first ever APEX in Security Review in China was successfully conducted at Haikou Meilan International Airport in October.

I am really glad to report that the programme is growing momentum in our region and I hope that you will show the same enthusiasm for the recently launched pilot APEX in Environment Review.

The first pilot Airport Excellence (APEX) in Environment Review in our region was conducted at Adi Sumarmo International Airport in Sarakarta, Indonesia, in August.

The programme is based on ACI best practices as well as ICAO Guidance Material and Environment Management Systems (EMS).

Moreover, it provides several elements tailored to the individual needs of airports and proposes effective solutions which lead to improving the environmental performance of the airports participating in the programme.

ACI is joining forces with four other stakeholder organisations to launch a global study to identify means by which the aviation and aerospace industry can further and faster recruit and advance women into leadership roles.

Called ‘Soaring through the glass ceiling’ and drafted in collaboration with IATA, the Aerospace Industries Association (AIA), the International Aviation Women’s Association (IAWA) and the Korn Ferry-Civil Aviation Practice (KF-CAP), it will be released in the second quarter of 2019.

We believe that although women have made great strides in many professional fields and industries, there remains a gap at the leadership level and more can, and should be done, to enable the advancement of women into important roles in the global aviation and aerospace sector.

The aim of this joint study is to identify the root causes of any barriers to advancement that may have hindered progress to date. More importantly, the study will highlight those practices and policies which have been successful in promoting gender diversity in leadership. In so doing, the study will surface and document best practices for all stakeholders to consider, whether at the overall industry level or at the level of specific industry participants or educational institutions. 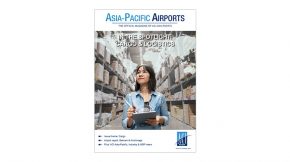 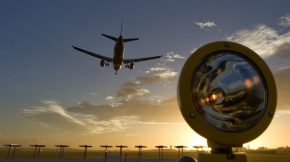 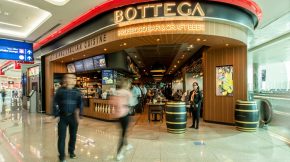 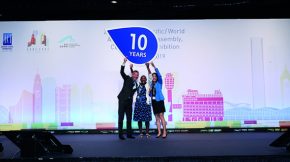 WORLD IN MOTION
ECONOMICS & FINANCE, NEWS, OTHER ARTICLES
Made by Aviation Media Ltd. ©All rights reservd.