Taking to the cloud

Recently, I joined Cambodia Airports and found that, like many others, we were beginning the process of further modernising by moving to the cloud. The decision to continue this forward-looking project even after the COVID-19 pandemic hit was obvious, and it quickly became apparent why the decision was made.

At the outset of the project, the objective was clear – replacing end-of-life IT infrastructure with a new generation of cloud computing services that would help our airports scale up to meet increasing demand.

Thanks to their locations, our three airports in Cambodia serve a vast array of international travellers. Siem Reap, for example, is home to the Angkor Archaeological Park, the largest religious structure in the world, which attracted over two and a half million visitors in 2019. In peak season, the flow of additional passengers can place a strain on services.

Yet, like many airports, we suddenly faced a period of reduced traffic. If we’d have been upgrading to capital-intensive on-site servers and software, we may have delayed or cancelled the project. It would have been difficult to justify upfront investment as we approached a period of disruption. But with the cloud, we realised the cost model was variable – we pay for IT services based on the amount of business we handle.

Our service teams also rose to the challenge and Amadeus was able to organise efficient training for staff and airlines. Everything was delivered online, directed by teams based across the world, and we found that the quality of training meant that learnings can be passed onto new staff effectively.

Aside from the variable cost and ease of training, it quickly became apparent that the new approach to IT could help us respond to the impact of the pandemic.

The number and type of airlines offering services from the three international hubs we operate in Cambodia has fluctuated during the pandemic. Some have scaled back operations and others have chosen to begin new services, and in both cases the cloud enabled the changes immediately.

With a single connection to Amadeus, we’ve been able to access the vast majority of the world’s airlines without having to manage legacy connectivity projects that can take many months to deploy. Instead, a connection is organised by Amadeus in a matter of days and the airline is ready to serve routes to our airports located in Phnom Penh, Siem Reap, and Sihanoukville. 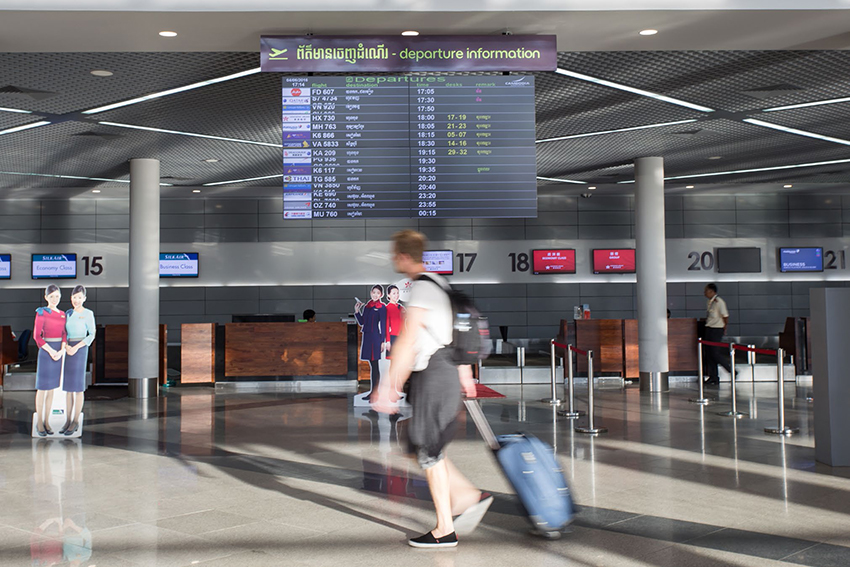 Affiliated to France’s VINCI Airports, Cambodia Airports is the sole ground handler at the three airports and therefore provides services for all the airlines serving Phnom Penh, Siem Reap and Sihanoukville.

The mix of different carriers means that no single airline is responsible for more than 7% of passenger movements, a scenario that ensures that we are not overly dependent on one particular airline or route. However, an operational challenge we face is being able to add new airlines quickly and simply. Another is standardising the Departure Control Systems (DCS) our teams use to serve passengers and handle flights for this diverse group of airlines.

Take Siem Reap as an example, where we handle more than 20 airlines. Despite the potential complexity, we’ve found that they all know Amadeus and are familiar with both cloud solutions and the ease of connectivity this represents for them. The testing system also works well with each carrier.

This flexibility will also extend to new services which may be rolled out in the future, as well as the airline staff themselves, who can access the software from any internet connected device, allowing them to better serve their passengers. In fact, the transition has been motivating for all members of staff. The software and tools are intuitive, and everyone has seen a marked improvement in their day-to-day tasks. A good example of this is the improvement to flight management and load control; we now have a tool which can carry out this process automatically with a graphical user interface.

This is a huge improvement on two fronts as previously ground handlers would require airline specific knowledge in the form of unique codes to perform simple tasks. Now, the process is much faster and more efficient. Secondly, there is opportunity for further operational improvement. It’s feasible that, in the future, we could use a wider array of options to process load control and flight management across all three airports achieving further efficiencies.

In this sense, the technology has increased our agility, and the improvements to connection distances is one of the key differences that will drive change in the future. If everything is safely connected, it becomes far easier to deploy new tools. Like all other areas of business, airports are becoming tech-enabled service providers, and this technological upgrade will increase the pace of innovation across all our three sites.

One area which will see change in the future is the environmental aspect of air travel. With cloud-enabled automation, we are already seeing airlines better optimising fuel consumption through superior load balancing. 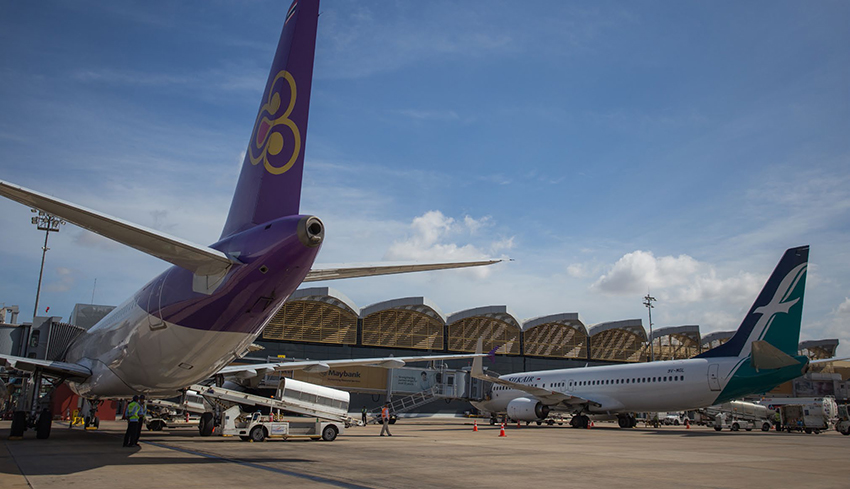 Every time an aircraft moves the results are obvious; and aside from the environment aspects, this is also a saving for airlines through better optimised fuel consumption.

With some bookings beginning to be structured around sustainability, and the pace of environment sustainability and governance programmes increasing, cloud technology will be crucial for airlines to stay competitive.

Once demand returns, the cloud will also bring improvement to the passenger experience. Off-airport check-in, for example, is a very interesting tool especially in the context of Siem Reap.

As a huge tourist destination with a large amount of group travel, off-airport check-in and bag-drop could be used in conjunction with tour operators and hotels to reduce terminal congestion. In theory, check-in desks could be set up in large hotels, tailor made to each operator, so passengers can head straight to security when they reach the airport.

This is just one example of the opportunity to introduce new ideas and services that ultimately benefit the passenger. From the traveller perspective, this would allow them to minimise their contact with other passengers, speed up their airport journey and reduce friction.

With the right foundations in place, we’re also well positioned to add self-service and biometric identity technology to increase automation and offer passengers a smoother experience.

The move to the cloud will facilitate this transition to automated tools. Our partnership with Amadeus will contribute to adding new innovations on top of our flexible cloud infrastructure both now and in the years to come.