Head of communications and events, Jeannie Wong, rounds-up the latest news and developments from ACI Asia-Pacific.

Climate change and sustainability continue to be at the forefront of our minds with various activities and initiatives revolving around these topics.

Earlier this year, ACI airport members across the globe pledged to achieve Net-Zero Carbon Emissions by 2050 (see news story on page 10) in response to climate change challenges. Nineteen airports in Asia-Pacific and the Middle East were among those first to make the commitment.

In alignment with ACI’s long-term carbon goal, ACI Asia-Pacific has selected Carbon Management as the theme for Green Airport Recognition 2022 to accentuate its importance in best practices sharing among airports on their decarbonisation journeys.

The Green Airport Recognition programme serves as a vehicle for the commendation of exemplars in the Asia-Pacific and Middle East airport community with competence in airport environmental aspects.

Submissions showcasing member airports’ pioneering initiatives and projects on Carbon Management are welcome on or before the deadline at midday HKG time (GMT+8) on December 23, 2021.

More recently, the ACI community convened in Cancún, Mexico, for the 31st ACI World/Latin America & Caribbean Annual General Assembly, Conference & Exhibition. During the event, the Airport Carbon Accreditation programme published its first carbon performance result for the period May 2019 to May 2021.

Since the onset of the COVID-19 pandemic in March 2020, despite the dire financial and operational conditions, airports remained committed to the global effort to mitigate carbon emissions. In fact, four new airports in both Asia-Pacific and the Middle East joined and became certified under Airport Carbon Accreditation programme:

The ambitious target is 20 years earlier than the IPCC’s 2050 target adopted by all major industries across the world. The announcement was made in November at COP26 in Glasgow.

Besides running its business in an environment-friendly and sustainable manner by minimising the adverse impact of its activities on the environment with necessary pollution control systems and safeguards, GMR-led DIAL has implemented various programmes including
the use of renewable energy, development of green airport infrastructures and multiple passenger connectivity networks, energy conservation and efficiency improvements and stakeholder partnership programmes etc. 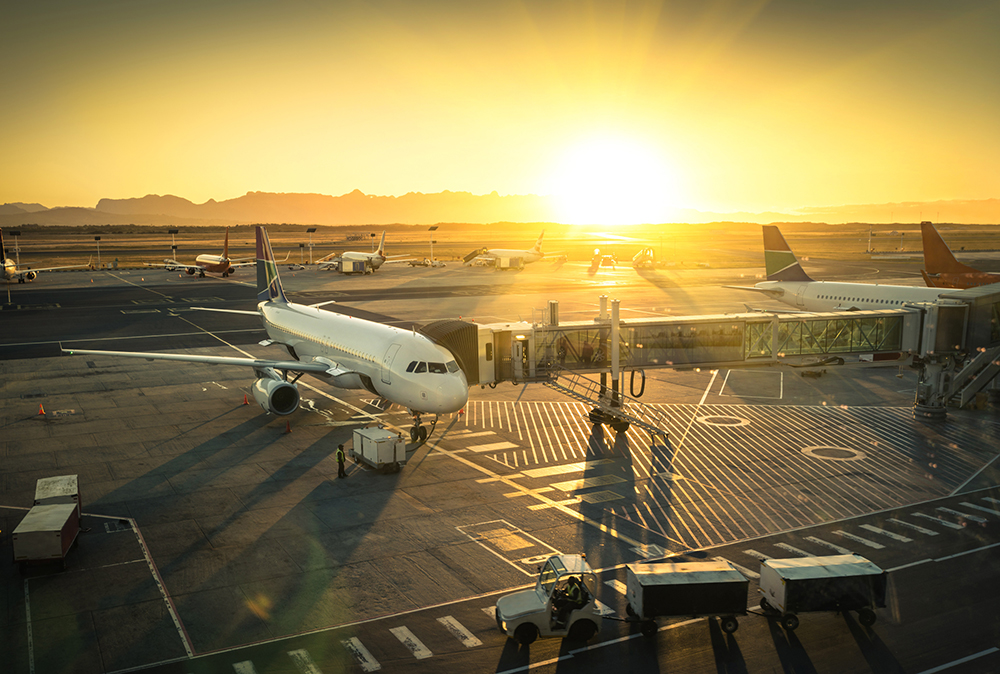 A WARM WELCOME TO OUR NEW AIRPORT MEMBERS

Despite a difficult year, our membership continues to grow, with five new airports being welcomed into the ACI Asia-Pacific community in the last quarter.

The Regional Office had front row seats to the airport privatisation programme in India, and the changing landscape there has led to the emergence of a number of new operators, led by Adani Airports, which now has six airport members.

They follow Ahmedabad, Lucknow and Mangaluru airports, which joined earlier in the year as Adani Airports began to develop and grow its airport portfolio.

As a result of the new addtions, ACI Asia-Pacific’s membership now stands at 127 airport members operating 611 airports in 49 countries and territories.

ACI Asia-Pacific director general, Stefano Baronci, is pictured with Bahrain Airport Company’s CEO, Mohamed Yousif Al Binfalah, on his first official visit to the Kingdom as part of his recent tour of the Middle East.

The ACI Asia-Pacific Middle East International Airport Programme, which also involved trips to the UAE and  Saudi Arabia, was designed to strengthen the voice of the world’s airports in the MENA region.

Al Binfalah said: “We were delighted to welcome Mr Baronci to Bahrain to showcase the recent developments at Bahrain International Airport, which included the new passenger terminal.

“As a proud member of the ACI Asia-Pacific region, we are keen to share our insights with other airports and contribute through engagement and advocacy to the recovery of the aviation industry. ACI provides a valuable platform for exchanging knowledge and best practices that are crucial to our industry’s development. We look forward to greater levels of collaboration and working alongside other member airports to restore confidence in the travel industry.”

Amid the challenges of the pandemic, it was inevitable that we would lose a few World Business Partners from the membership this year. However, even in the final quarter of the year, we continued welcoming new members in our region.

ACI Asia-Pacific’s World Business Partners (WBP) Annual Meeting normally coincides with the regional assembly, conference and exhibition event in the Spring. However, like most other events in 2021, the meeting could only be held virtually due to the pandemic and ensuing travel restrictions.

Participants got to hear from Kiran Jain, chief operating officer of Noida International Airport, who provided an update on the recent progress and developments in Jewar, India.

WBPs attending the annual meeting also got to hear from Simon Hickey, CEO of Western Sydney Airport, another greenfield airport and major infrastructure project in Sydney, Australia. He revealed that tremendous progress is being made on the project despite the challenges of lockdown during the pandemic. 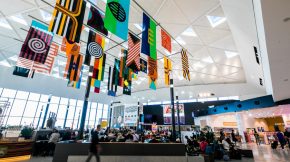 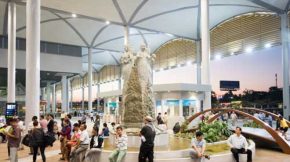