READ ALL ABOUT IT!

Asia-Pacific Airports magazine takes a closer look at a handful of the sustainability stories making headlines across the region in early 2022.

QUEEN ALIA DEMONSTRATES GREEN CREDENTIALS
Despite another challenging year for the global air travel industry, Jordan’s Queen Alia International Airport (AMM) says that it marked a number of significant milestones in 2021, one of which was renew its Level 3+ ‘Neutrality’ certification in ACI’s Airport Carbon Accreditation (ACA) programme.

AMM operator, Airport International Group (AIG), believes that its actions reaffirmed its pledge to adhere to, if not exceed, minimum environmental regulatory requirements to reduce the gateway’s environmental footprint.

Moving forward, AIG states that in accordance with the Paris Climate Agreement, it seeks to upgrade Queen Alia’s ACA status to Level 4+ ‘Transition’ certification, while developing a roadmap for becoming a net-zero carbon airport in line with the airport industry’s long-term carbon goal.

“Though last year was not without its challenges with the emergence of another coronavirus variant and fluctuating travel restrictions, I am incredibly proud of our steadfast team and grateful for our staunch partners who never fail to show up for Queen Alia and the people and businesses that heavily rely on it,” enthused AIG CEO, Nicolas Claude.

“Despite the foreseeable future remaining somewhat uncertain, I am confident the the airport community will continue to rally together to shape an innovative, sustainable and safe airport for everyone passing through Jordan’s gateway to the word.”

A global partner of Groupe ADP, AIG has signed the ‘Airports for Trust’ charter, which sets out the shared ambition to build an even more sustainable and responsible airport industry with enhanced co-operation.

Under the agreement, the signatories emphasised their dedication towards the charter’s four main ambitions. These include moving towards zero-environmental-impact operations and reaching carbon neutrality by 2030 – a feat already attained by Queen Alia through ACA.

The charter also promotes active participation in the aviation sector’s environmental transition efforts; the integration of each airport into a local resource system; and the reduction of the environmental footprint of airport planning and development projects.

Bengaluru-Kempegowda operator, BIAL, has been awarded the prestigious Performance Excellence in Electricity Renewal (PEER) Platinum certification by India’s Green Building Certification Inc (GBCI), becoming the first airport in the world to receive a record high score of 92/100 for its power infrastructure.

It says that it sought PEER certification to ensure that the airport’s power system continues to support its sustainable development goals.

BIAL’s managing director and CEO, Hari Marar, said: “We are proud to receive this recognition from GBCI for our relentless efforts in the energy conservation and energy resilience domain.

“As the operator of a world-class airport, we have undertaken a variety of steps to deploy onsite renewable energy generation systems and offsite renewable power procurement to meet our long-term goal of becoming Net Energy Neutral in 2020-21. Certification with PEER Platinum Rating will only motivate us to keep fast tracking our sustainability journey, even as we keep enhancing our infrastructure to meet the ever-increasing air transportation needs of passengers.”

The airport boasts its own 6.8MW onsite solar PV system that supports essential services during grid failure and long-term blackout and 100% of its energy mix comes from renewable energy.

Further to achieving permanent reductions in its energy demand and consumption, BIAL has implemented energy conservation programmes such as the replacement of all CFL (compact fluorescent lamp)/halogen lights with LED fixtures, installed a PLC (Programmable Logic Controller) based Terminal Light Automation (TLA) system to monitor and minimise the energy consumption of terminal lights, and invested in a Chiller Plant Optimiser (CPO) solution for monitoring the operation and optimising the chiller plant performance under various load conditions.

Christchurch Airport is committing 400 hectares of its Harewood campus to Kōwhai Park – a new platform for generating renewable energy at scale to enable businesses to transition away from fossil fuels.

The park will scale up over the next 30 years and Phase One will deliver a 220-hectare solar array capable of generating 150 megawatts of electricity (enough to power 30,000 homes, or around 20% of Christchurch’s current residential electricity use) on the airport campus.

It will support the future development of green fuel production for land and air transport, green data centres and green vertical farming.

Australian renewable energy fund, Solar Bay, is committing $100 million to the development of Phase One.

Christchurch Airport’s chief executive, Malcolm Johns, says Kōwhai Park is part of the airport’s plan to become climate positive over the coming decade and to maintain its world leading position on sustainability.

“Over the past decade, our team has systematically decarbonised our business. We’ve reduced 85% of our direct emissions and we’re on track to be carbon zero well before the city’s goal of 2030 and New Zealand’s goal of 2050,” enthused Johns.

“We want to enable the rest of the economy to decarbonise at the fastest possible rate. That is what Kōwhai Park is about.”

Johns insists that the green energy delivered by Kōwhai Park will help other businesses transition.

He noted: “As we decarbonise, demand on our renewable energy supply is expected to increase by 68%. Kōwhai Park will, over time, help meet that additional demand and provide a resilient supply of renewable energy Canterbury and New Zealand can rely on.

“It will also assist aviation to decarbonise and decouple from fossil fuels. In New Zealand we’re likely to see both electric and hydrogen-fuelled planes on our domestic routes over the next few decades. Kōwhai Park can support this transition at Christchurch.”

He is also quick to point out that Kōwhai Park is beyond just solar and is a platform of scale to enable multi-sector energy transition in Canterbury and nationally over many decades.

“The airport will be making available long-term leases at Kowhai Park to both large and small organisations looking for a site for a renewable energy generation, storage and green fuels,” added Johns.

“We will be making other land available for green data centres and green vertical farming operators to tap the renewable energy Kowhai Park will offer. If 400 hectares isn’t ultimately enough, we have options across the campus to double this footprint over time.” 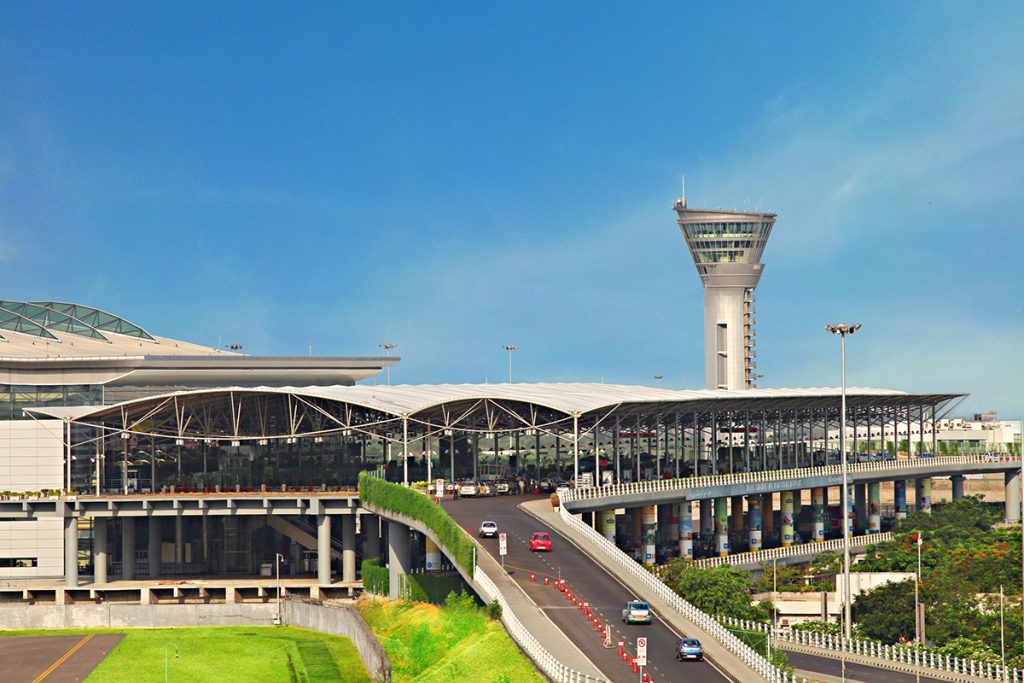 Hyderabad’s Rajiv Gandhi International Airport – which has won ‘Gold’ and ‘Platinum’ awards in ACI Asia-Pacific’s Green Recognition programme in each of the last two years for its air quality management and water management initiatives respectively – has been awarded with a Certificate of Merit for its energy conservation efforts by India’s Bureau of Energy Efficiency.

Pradeep Panicker, CEO of operator GMR Hyderabad International Airport Ltd (GHIAL), said: “We are honoured to receive this distinct recognition, which reaffirms our unwavering commitment to render the best use of the energy resources available.

“As a responsible corporate, GHIAL has always been at the forefront in exploring and implementing best-in-class energy-conservation solutions. We have rolled out many initiatives to actively reduce the carbon footprint. With the growing severity of the climate crisis, this award puts more onus on us to move towards cleaner and greener technology for the future generations.”

GHIAL’s energy efficiency initiatives have included the commissioning of a second 5MW solar power plant, which means that it now has more than 30,000 solar panels spread over a 45-acre area that are capable of meeting 50% of the energy requirements of its terminal building.

Financially this is expected to save GHIAL up to $120,000 a month in energy bills and reduce the airport’s carbon footprint by about 2.8 million kilograms of carbon dioxide annually.

It is worth noting that Hyderabad International Airport is also a carbon neutral airport having gained Level 3 + ‘Neutrality’ status in ACI’s Airport Carbon Accreditation (ACA) programme.