We discover more about Hong Kong International Airport’s plans to ensure that it remains the world’s busiest cargo airport for the foreseeable future.

Hong Kong International Airport is quite simply the biggest cargo gateway on the planet, handling 700,000 tonnes more freight per annum that its nearest rival (Memphis) and 1.2 million more than third placed Shanghai Pudong.

It has held the No.1 status since 2010 and although its annual throughput only grew by 1.4% to 5.1 million tonnes in 2018, it outpaced that of its closest competitors in an increasingly tough market for Asia-Pacific airports impacted by the ongoing trade tensions between the US and China.

Airport Authority Hong Kong’s executive director for commercial, Cissy Chan, is more than aware of the negative impact the trade war is having on her airport, as cargo volumes at the gateway have declined by 5.4% in the first quarter of 2019.

However, she remains hugely optimistic about the future as, in time, the dispute that has had an adverse affect on the cargo volumes of most Asia-Pacific airports, and particularly those with strong links to China and the US, will be resolved. 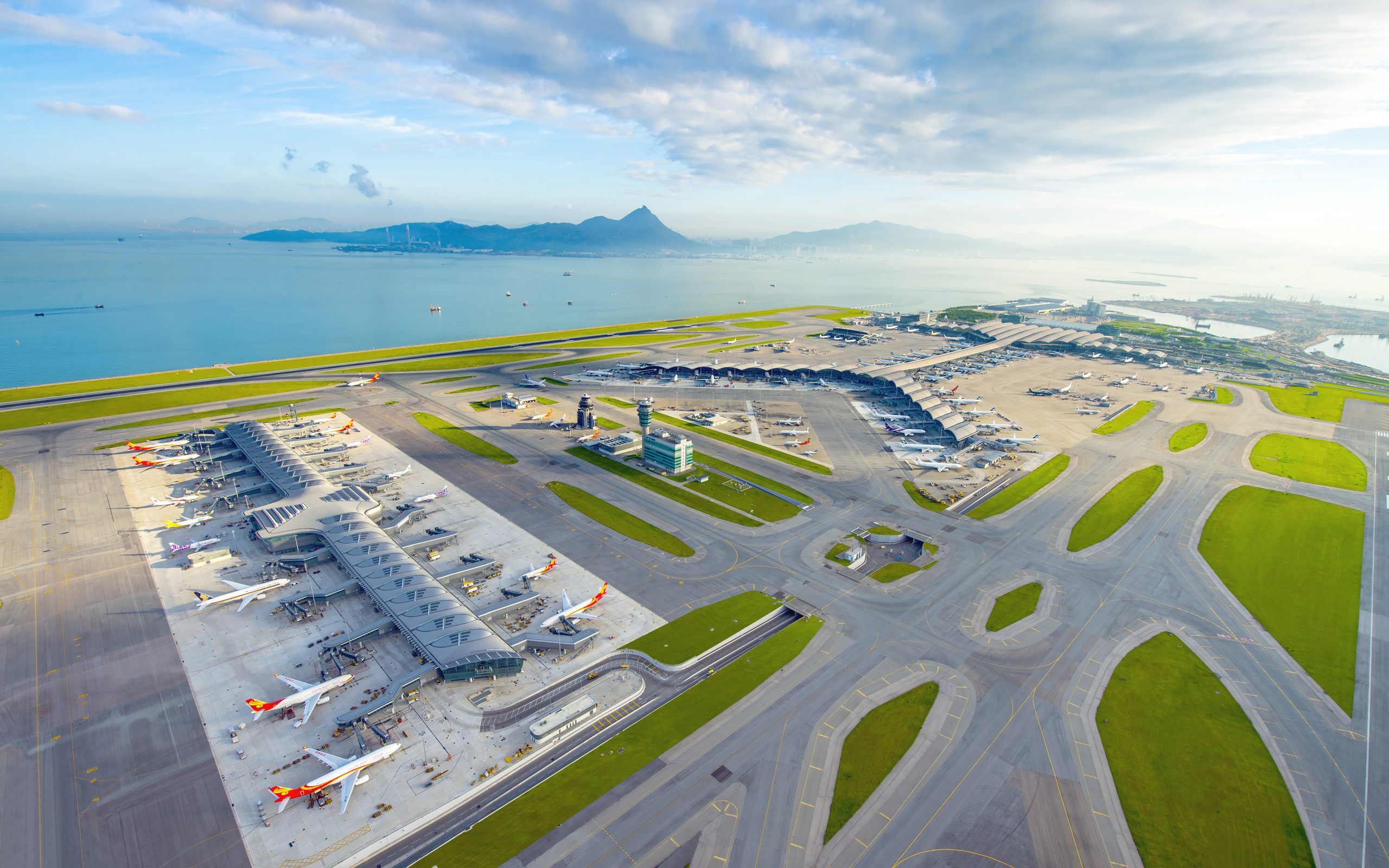 And she also knows that few other airports have expansion plans for the future that are as ambitious as those of Hong Kong International Airport (HKIA).

For in addition to its $18 billion (HK$141.5bn) capacity enhancing Three-Runway System (3RS) programme that includes plans to add a new runway and passenger terminal, HKIA is making significant additions to its cargo facilities as it bids to capitalise on its close links to Mainland China and status as the transfer hub for freight shipments between Europe and Asia.

Indeed, Chan is quick to point out that Hong Kong’s excellent multi-modal links to the Greater Bay Area ensures that its market covers a population of 70 million people across the Guangdong-Hong Kong-Macao Greater Bay Area region.

While its route network – the airport is currently home to 120 airlines serving 220 destinations across the globe, including 50 in Mainland China – means that it is within five hours flying time of half the world’s population.

“The two most important factors behind our success, and why I am confident that HKIA will continue to grow long into the future, is our location and connectivity,” she enthuses.

“This, and the ability to accept cargo up to three hours ahead of flight departures, effectively means that shipments can reach half of the world’s population within eight hours of arriving at our doors.”

The latter facility, operated by Cathay Pacific Services Ltd (CPSL), cost HK$5.9 billion to build and is capable of handling an annual throughput of 2.6 million tonnes of cargo.

AAT is capable of handling 1.5 million tonnes of cargo per annum across its two facilities meaning that between them the airport’s three main cargo handlers and  the DHL Central Asia Hub (CAH) are currently equipped to handle in excess of 7.4 million tonnes annually.

AAHK is working with the Alibaba Group to build a global smart logistics network to foster more inclusive trade.

The collaboration entails the creation of a 380,000sqm ‘Smart Hub’ on a 5.3-hectare site at Kwo Lo Wan in the South Cargo Precinct of the HKIA that will eventually become the third largest warehouse in Hong Kong with a capacity of 1.7 million tonnes of freight per annum when fully operational.

According to AAHK, the complex will be future-proofed, with high design specifications for large-scale, cutting-edge robotics and automation as well as temperature-controlled features when it opens in 2023.

DHL is also expanding at the airport by investing HK$2.9 billion on growing its CAH. The multi-year project, set to be completed by 2022, will increase the facility’s capacity by 50% to 1.06 million tonnes per annum. 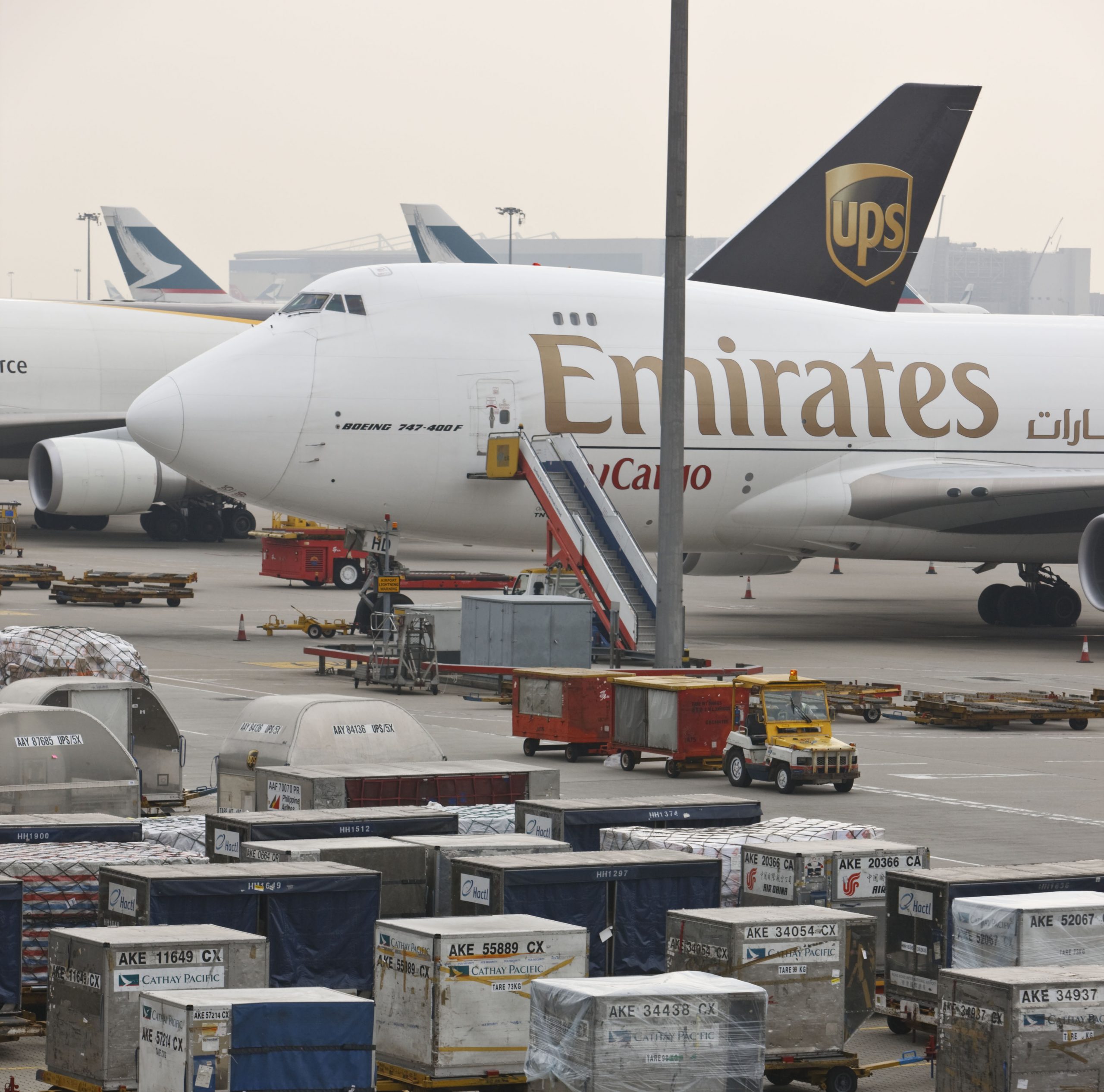 Central to the new, improved CAH will be an enhanced material handling system that will improve productivity and raise the facility’s capacity from 75,000 to 125,000 items per hour.

Also on the cards are plans for a new transhipment handling facility as part of the 3RS project and a new intermodal cargo complex to boost HKIA’s capacity to accommodate land-air and sea-air shipments.

Chan notes that the opening of the Hong Kong-Zhuhai-Macau Bridge (HKMB) means that it now takes only 45 minutes to travel between the airport and Zhuhai in Mainland China, while it is possible to reach most of the major ports in the Pearl River Delta within 2.5 hours by boat.

In addition to the new infrastructure, AAHK is investing HK$70 million to buy more cool dollies and build apron shelters to protect temperature-controlled shipments from the weather.

According to Chan, the overall cargo business and development of HKIA is being driven by three major trends – the growth of e-commerce, the globalisation of the supply chain and increased demand for high-value products.

She notes that global e-commerce experienced a compound annual growth rate (CAGR) of 26% between 2012 and 2017 and shows little sign of slowing down, driving the rise of the courier and fast parcel business.

All the major express mail operators (DHL, FedEx and UPS) have a presence at HKIA, although she says that the 24/7 global demand for e-commerce shipments means that the bulk of them are handled as belly cargo on passenger flights.

“While traditional cargos have grown by 2% over the past few years, e-commerce has grown by nearly 30%, and this has introduced a growing B2C dynamic to the cargo business at Hong Kong and other airports across the world,” says Chan.

Without a doubt e-commerce has fuelled the 5% rise in bellyhold cargo at HKIA over the last few years, although 160 daily freighter flights ensure that all-cargo aircraft continue to account for 60% of the freight handled at the airport today. 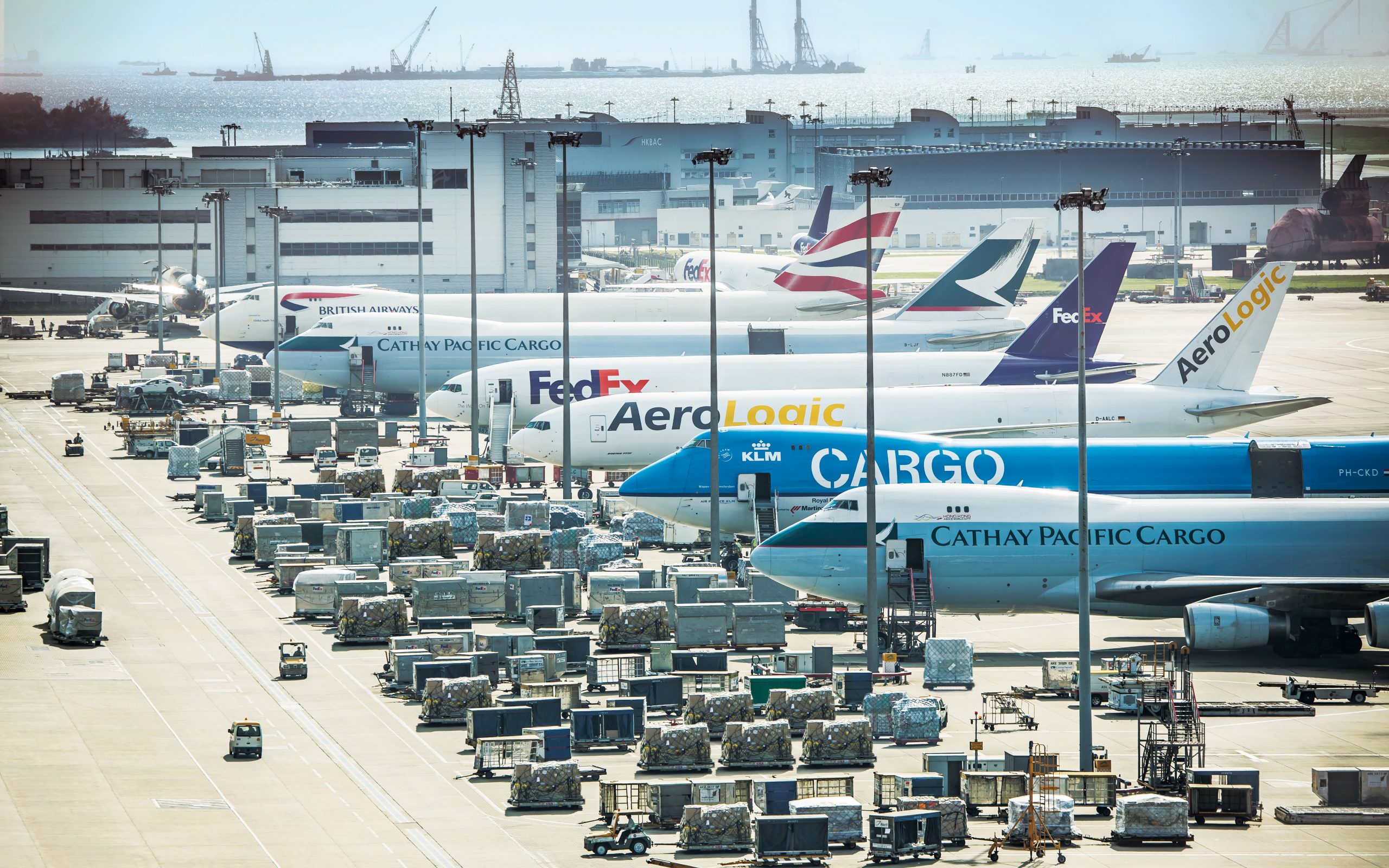 In terms of the global supply chain, she says that Hong Kong has benefited from the fact that few manufactured items today are 100% built from components sourced from one country.

“The parts of high-end products such as electronics and mobile phones, for example, are often manufactured in different parts of the world and transhipped through strong hubs like ourselves for assembly at a final destination, and this trend has had a significant impact on global air cargo,” Chan explains.

When it comes to high value goods, Chan notes that the world’s population is getting richer and the growing middle classes, especially in China, increasingly want better and more expensive products and are prepared to pay for them no matter where they are located.

As a result, HKIA is a key destination in North East Asia for handling high-value cargo such as telecom products (70%), semi-conductors (55%) and computers and related products (40%).

The market has also seen strong growth in the handling of high-value pharmaceuticals, with volumes expected to increase by around 16% per annum until at 2023.

It will also come as no surprise to learn that HKIA is a major centre for the handling perishables ranging from seafood to cut flowers. In fact, perishable shipments soared by 12% to 380,000 tonnes in 2018, ensuring that they now account for about 8% of the total cargo volumes at HKIA.

Chan adds that Hong Kong’s airport community is the first in the world to be certified as IATA CEIV Fresh, which she says “epitomises HKIA’s excellent capability in the transportation and handling of perishable cargo”. 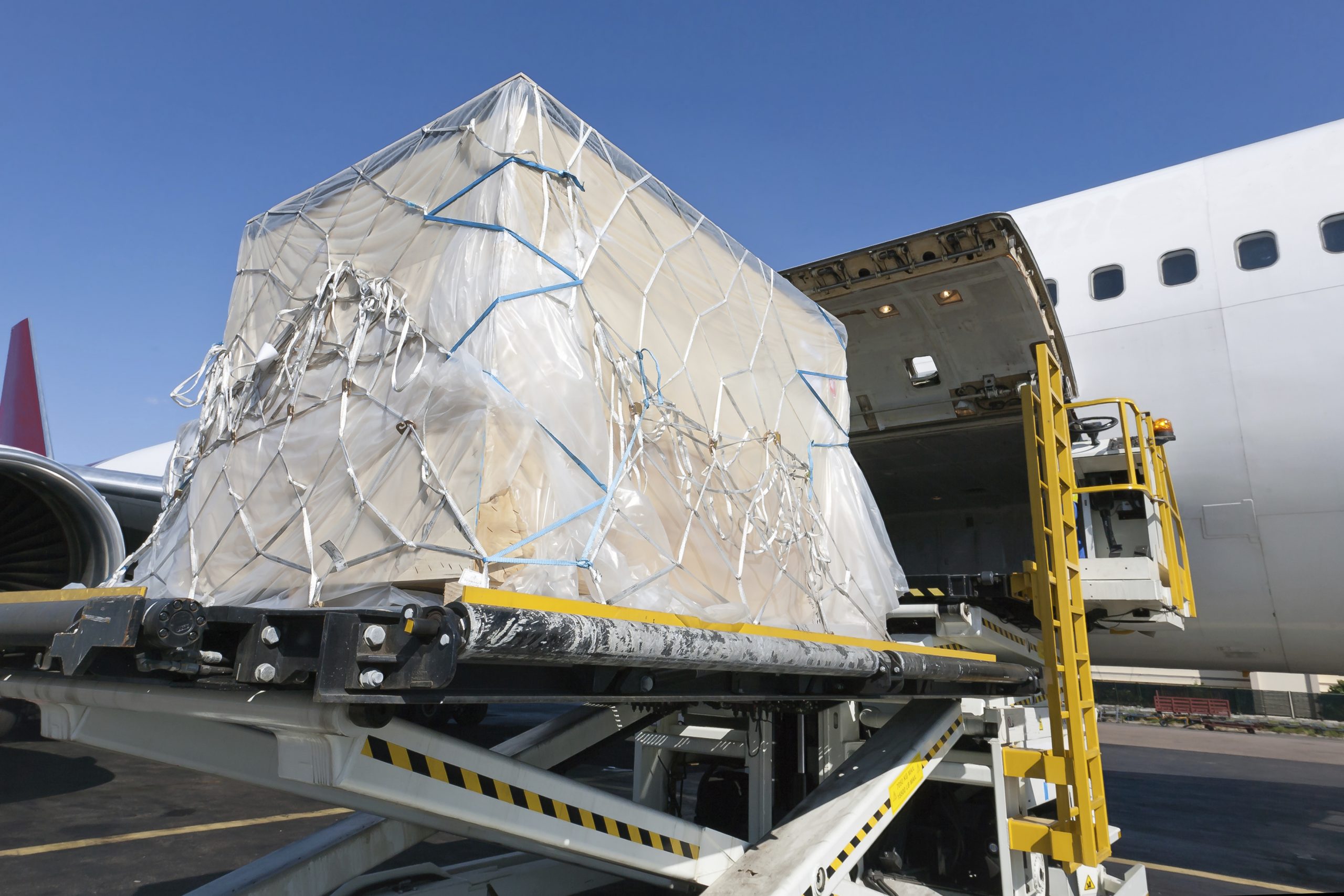 Hactl and CPSL achieved the certification in March and Cathay Pacific, as an airline, joined them in May this year. Like the CEIV Pharma accreditation, it is basically a mark of excellence, only this time for the handling of perishables.

She says: “Our development strategy is to capture a greater share of the high-value market, expand our cross-border e-commerce business and grow transhipments through the addition of new state-of-the-art facilities that will better equip HKIA to handle more freight and services.”

Although HKIA is inextricably linked to Mainland China, it isn’t actually overly dependent on it for trade as it currently only accounts for 11% of the airport’s annual cargo volumes.

“People always assume that Mainland China will be our largest market and there is no denying that it is hugely important to us, but our three biggest markets today are North America, Southeast Asia and Europe, which between them account for about 50% of our cargo volumes,” says Chan.

“Our transhipment volumes grew by 9% in 2018 with markets like India, Bangladesh, Thailand and Japan growing by 28%, 23%, 21% and 18% respectively. Diversity such as this will prove crucial to our success going forward.”

She concludes: “How important is air cargo to the airport? I would answer that by saying that air cargo is more important to Hong Kong than the airport.

“To give that some context. Although air cargo only accounts for 2% of the freight handled in Hong Kong, it is responsible for 42% of Hong Kong’s external trade value, outperforming the other channels of road, river and sea, and we expect this dominance to increase over time.”