Brisbane Airport has issued its first ever sustainabilty report demonstrating how it addresses its responsibilities to customers, partners, shareholders and community in a sustainable manner without adverse environmental or community impacts.

The FY16 Sustainability Report, developed under the Global Reporting Initiative (GRI) framework, highlights some of the airport’s recent initiatives, including improved waste management practices and community engagement and philanthropy work.

CEO and managing director of Brisbane Airport Corporation (BAC), Julieanne Alroe, says: “Following the outcomes of the COP21 meeting in Paris on Climate Change in December 2015, we commenced developing our Climate Change Adaptation Plan with a focus on reducing energy consumption and carbon emissions.

“We take the risk and impacts of climate change seriously so implementing a long term strategy to reduce the inevitable impacts and to future proof the airport is of great importance.”

Commenting on his gateway’s Level 3+ Neutrality certification during a special Airport Carbon Accreditation Recognition Ceremony at the recent ACI World/ACI-NA Annual Conference & Exhibition in Montréal, Delhi International Airport Ltd (DIAL) CEO, I Prabhakara Rao, said: “This achievement is the result of great team work. We have set a new benchmark for other airports in this region to follow.

“Going forward we are focusing on energy conservation and exploring alternative solution for generating green energy. Delhi Airport aims to increase its solar power generation capacity to 20MW by 2020.”

ACI Asia-Pacific regional director, Patti Chau, noted: “I would like to extend my warmest congratulations to the team at Delhi Airport in achieving the carbon neutral airport status under Airport Carbon Accreditation.

“Level 3+ Neutrality is the highest level of environmental achievement available to airports under the programme and it is recognition of the airport’s great efforts in reducing and offsetting emissions. We are proud of Delhi Airport’s achievement and
its commitment to sustainability which has set a good example for airports in the region.”

As of October 2016, a total of 30 airports in Asia-Pacific were certificated under the Airport Carbon Accreditation programme.

Sydney Airport has reaffirmed its green credentials by unveiling Australia’s first electric airport bus. The move is part of the gateway’s A$5 million investment in environmentally friendly ground transport technology.

The Electric Blu bus is the first of a fleet of six electric buses to be operational by the end of 2016, replacing the airport’s existing diesel bus fleet servicing the shuttle route between the T2/T3 terminal precinct and the Blu Emu Car Park.

“These state-of-the-art electric buses can make up to 100 transfer journeys on a single charge, providing a clean and sustainable transport option for the two million travellers, visitors and airport workers who use the Blu Emu shuttle service every year,” enthuses Kerrie Mather, the airport’s managing director and chief executive officer.

Airport Authority Hong Kong will inject HK$400 million into two newly set-up funds which are designed to formulate and implement a marine ecology and fisheries enhancement strategy to improve the marine ecology in the vicinity of its Three-runway System (3RS) project area, western Hong Kong waters and the Pearl River Estuary.

The new Marine Ecology Enhancement Fund (MEEF) and the Fisheries Enhancement Fund (FEF) are structured in accordance with the conditions of the Environmental Permit for the expansion of the Hong Kong International Airport into a three-runway system.

The MEEF will support initiatives related to conservation and enhancement of marine habitat and resources, scientific studies, environmental education and eco-tourism. 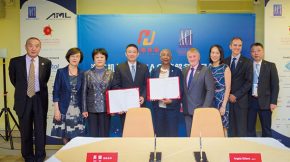 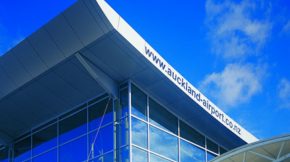 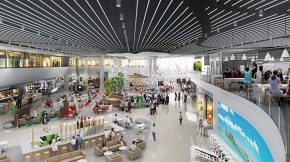 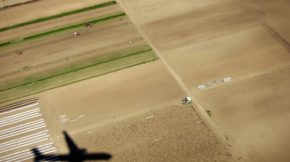