Chris Crampton, chairman of the UK and Ireland Chapter of the Pacific Asia Travel Association (PATA), considers the importance of cultural awareness in the Asia-Pacific region.

Beyond a basic desire for a beach, travel is a way of broadening the mind and having new experiences. The more we travel, the more we see and, perhaps most importantly, the more we understand.

Globalisation may principally refer to trade but the ability to travel across the planet, easily and relatively cheaply – compared to the past at least – can be inferred from the more general concept.

In particular, the rise of the low-cost carrier has greatly increased both regional travel and the ability of those from the other side of the world to explore or to do business to ever-greater degrees.

There is a narrative that such globalisation has created uniformity, that one place is now much like another. The problem with this line of argument is that it doesn’t take too much travelling to see that it’s simply not true.

Even two countries as culturally similar as Britain and Australia have notable differences, and not just in terms of weather! In that instance, the history of both nations makes the commonality in some areas understandable, but it also highlights one of the key points when thinking about cultural difference – that it depends where you’re coming from in the first place.

A Briton might find Australia culturally similar, but a Chinese person most certainly would not. The Asia-Pacific region is as culturally rich and diverse as anywhere, both across nations and within them.

Indo-China, Thailand and Myanmar are tourism hotspots where the differing histories of the constituent countries, both ancient and modern, highlight the issue beautifully in microcosm.

Thailand is affluent and tourism friendly; Myanmar is exceptionally poor and only now beginning to open up to travellers and trade, more generally, following the election of Aung San Suu Kyi’s National League for Democracy in 2016. Yet the two countries share a border, and many a traveller moves between the two when visiting, whether by air or over land.

And these kind of differences are in no way unusual across the vast Asia-Pacific region, which is home to many countries and thousands of different cultures and languages. Pick a country, pick an entirely different environment.

From the industry perspective, aviation or ground, such distinctiveness invariably creates challenges; essentially having to cater for the entire world in each location and destination.

Naturally the degree to which that happens is going to depend on the volume of travel from a particular place, but it is still a challenge even when the numbers are sizeable.

First and foremost, communication is going to be a key issue in a region of so many different languages. Globally the solution is to use English, simply because it has the widest reach of any second tongue over and above the native speaking countries.

There is little reason to suppose this will change in the foreseeable future, and indeed may well become ever more prevalent as the wider region becomes more affluent.

That doesn’t mean native languages are sidelined, but the logic of translation into one alternate language rather than several is self-evident.

For now there may be no alternative to this, but it still creates issues for those who don’t speak the language or the native one in a given country. It’s something that is invariably going to apply around the world, and is one that is generally overcome, but language difficulties always create a barrier and can lead to further misunderstandings.

Asian nations tend to be rather more collectivist in their thinking – not necessarily in terms of political outlook, but certainly in terms of the group. In a business environment this can sometimes lead to frustration at being unable to get a decision from a particular individual, which then moves on to a second difference between these groups – the rather acute views
on confrontation.

When travelling, things can go wrong, but much of the world’s population is far more confident in expressing objections to this than is found across Asia. Causing someone to lose face is humiliating, even if the person doing so is unaware of what they have done.

As a general rule, overt displays of emotion are not common in any case, and anger is perhaps the one least seen of all.

Clearly, even in potentially stressful environments such as airports, it doesn’t help in any way to show frustration or even worse, to get involved in an argument. It’s not just that it won’t get the result required, it will actively make things worse.

As ever, there’s a degree of both sides needing to understand the other here, and for neither to take it personally. Neither approach is better than the other, it is simply a matter of historic cultural norms.

The best companies train their staff to be aware of the potential differences, and some go so far as to identify the more specific differences between nationality that might not be immediately apparent – between New Zealanders and Americans or Vietnamese and Chinese, for example.

Yet for an outsider, it’s never likely to be easy to identify this unless immersed in the cultures over a substantial length of time wherever it might be.

Naturally, religious differences play a major role in many countries, not least those where conflict results from it. But there are numerous restrictions, which are sometimes legal – the most obvious of which might be limited availability of alcohol in Muslim societies – sometimes social and sometimes both.

Australasia may be predominantly Judaeo-Christian in nature, but South East Asia is largely Buddhist, while east Asia is heavily influenced by Confucianism.

An awareness of that and an understanding of how that influences behaviour is essential to even beginning to grasp how the society operates.

The essential truth of how to handle cultural differences is the same all over the world, whoever it is and wherever they might be from, and that is to be aware of it.

There is no culture that is superior to another, merely different. It is always the case that learning provides the basis for understanding, and patience provides the route to comprehension.

The joy of travel is to experience difference, to immerse oneself in an environment that enriches the soul and challenges the mind. To do so, the traveller must set aside their own preconceptions about how people behave and acknowledge that the very essence of a place is in the people who live there.

For businesses working across borders the same applies just as much. Sensitivity doesn’t mean deferral, but it does limit the potential for misunderstanding.

The Asia-Pacific region is a melting pot of peoples and cultures. It is a celebration of humanity in it’s a hugely diverse and exciting form. Within that is the scope to experience all that can be offered, and with a little care, to come away with an outlook that is both broader and deeper.

For an outsider, is there anything more that one could wish for? 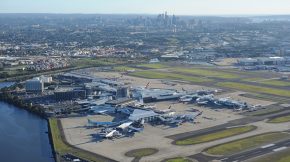 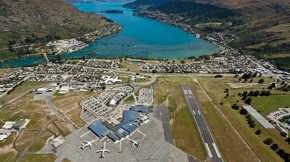 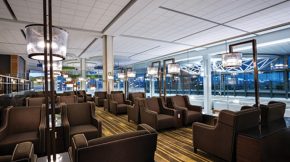 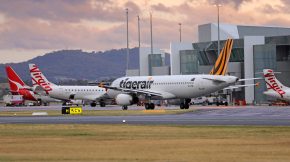