Open) at its 13 airports in central and eastern Indonesia.

The new technology ensures that the airports offer passenger-processing facilities that are aligned with global industry standards and consistent with airport operations worldwide – making the gateways more appealing to both passengers and airlines.

The implementation, which is in line with Indonesia’s desire to upgrade its airports to accommodate huge predicted traffic growth over the next decade, has allowed the airport operator to expand its range of services to manage growth while controlling costs.

The new services include being able to provide passengers with agent-assisted and self-service check-in technologies that are more commonplace at major airports globally.

In addition to offering both domestic and international airlines a more efficient passenger processing system and improved productivity, passengers will in turn benefit from reduced wait times and high availability of check-in and departure counters, improving their experience at Indonesian airports.

The new technology provided by SITA is perfectly aligned with the ASEAN Open Skies, which is expected to lead to a big surge in passenger numbers at Indonesia airports.

Indeed, according to IATA, Indonesia is expected to be the sixth largest market for air travel by 2034, with some 270 million passengers expected to fly to, from and within the country.

That’s three times the size of today’s market. IATA has also called for stakeholders to partner in the development of an aviation master plan to address three key elements: improving safety, ensuring capacity and a smart regulation framework.

With more than 68 million passengers in 2013, Indonesia is already the biggest aviation market in South East Asia.

Ilya Gutlin, SITA’s president for Asia Pacific, says: “The technology put in place for Indonesia airports will be the foundation to support the growth and modernisation of the country’s airports enabling its gateways to operate to international standards and efficiently manage capacity demands.

“The common use platform also allows for expansion of technology and passenger services such as agent-assisted check-in via tablets, and self-service check-in via kiosks and automated bag drop.

“We have already helped many of our airport customers implement these to further improve operations and enhance passenger service standards.” 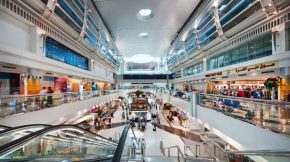 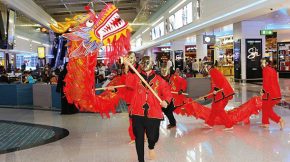 CATERING TO THE CHINESE
NEWS, OTHER ARTICLES 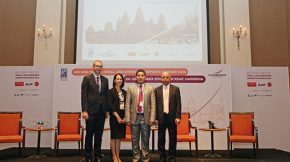 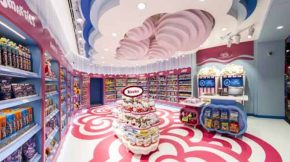 SHOPPING FOR CANDY AT BAHRAIN INTERNATIONAL AIRPORT
NEWS
Made by Aviation Media Ltd. ©All rights reservd.