From sharing industry insights at regional events to making significant decisions at its Board Meeting, ACI Asia-Pacific has had a successful quarter.

ACI ASIA-PACIFIC APPOINTS THREE NEW MEMBERS TO REGIONAL BOARD
ACI Asia-Pacific is pleased to announce that it appointed three new Board members during the recent 34th Board Meeting in Muscat, hosted by Oman Airports.

The new additions to the Board are Lorie Argus from Australia, Muhammad Awaluddin from Indonesia, and Chang Yi Wang from China.

As always, among other things, the Board used the opportunity of meeting in Muscat to  discuss the association’s strategic objectives as well advocacy, including economics, safety, security, environment and human resources. 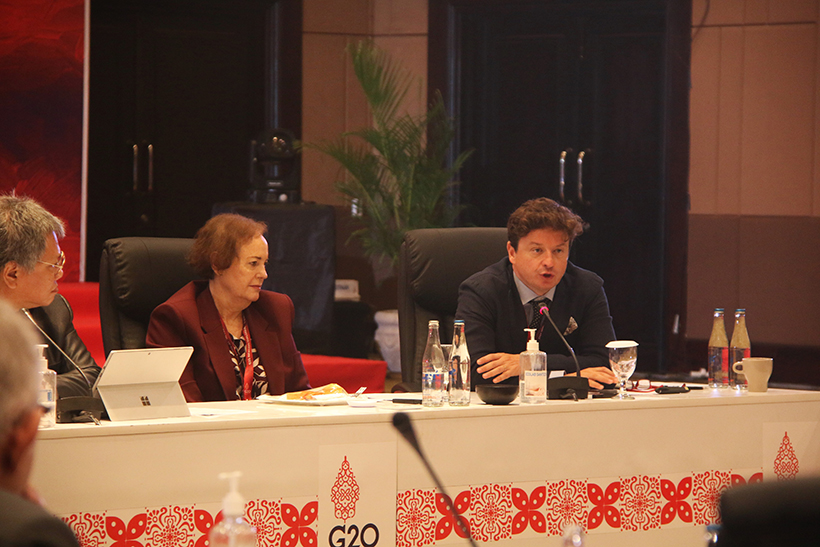 Speaking on “Recovery Impacts From the Aviation Industries to Build Back Better for Future Resilience” at the G20 Aviation Dialogue in Bali, Indonesia, ACI Asia-Pacific director genereal, Stefano Baronci, delivered an impactful message to the conference audience.

He urged the G20 States to take the lead and work through the World Health Organization and the International Civil Aviation Organization on a rulebook for future responses to possible rebounds of COVID19 and other pandemics.

Baronci also noted that the industry must work together and lead the development of appropriate roadmaps and related policy/regulatory actions at a global level to implement and deliver on the long-term aspirational goal to achieve net zero carbon emissions, without prejudice to the infrastructure development needed to meet future traffic growth. 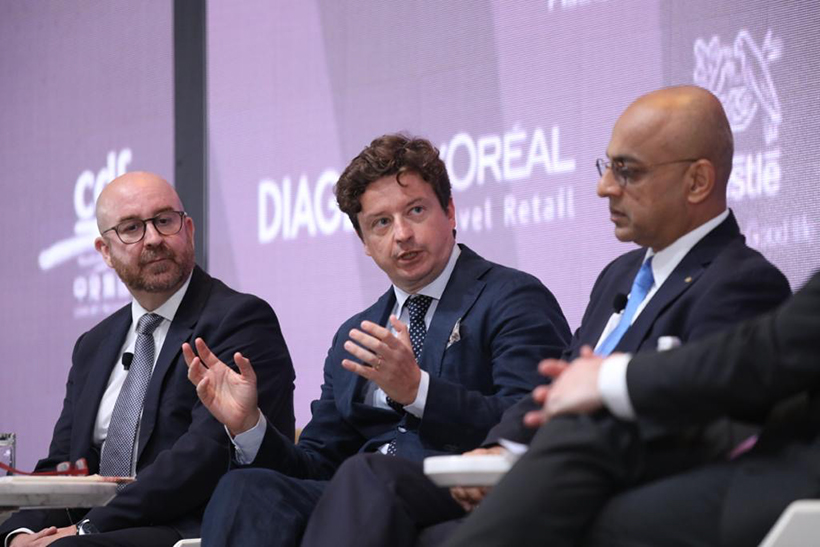 ACI Asia-Pacific director general, Stefano Baronci, joined industry leaders at The Trinity Forum 2022 where he participated in its ‘Stronger Together’ panel, which addressed some of the key challenges and opportunities facing the travel and the travel retail industries today.

He provided an overview on the industry’s recovery from the global pandemic and the need for airport operators and concessionaires to work together to ensure the best outcome for airports, airport retail and F&B providers and, of course, the travelling public.

The DG also emphasised the importance of creating a digital airport commerce ecosystem together with different stakeholders. He noted that adding airlines to the existing trinity of airport operators, concessionaires and brands to form a new quaternity of travel retail, was possibly the next step to take. 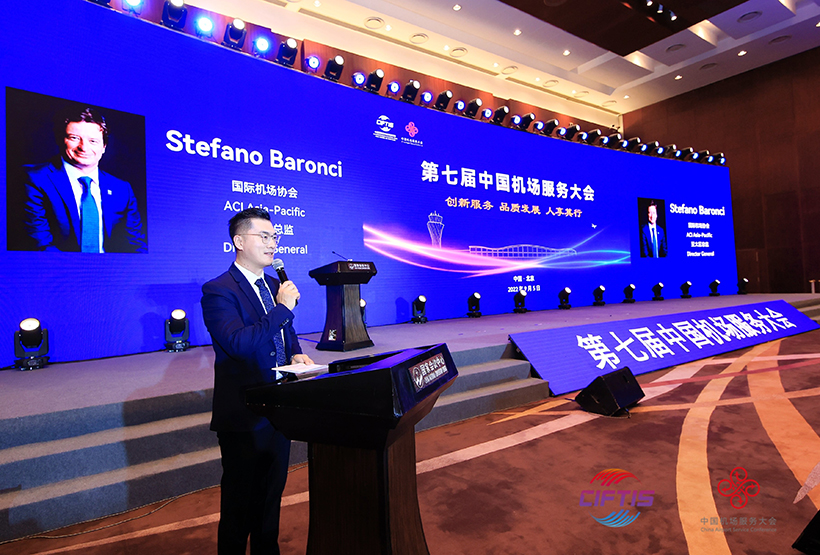 With the theme of ‘Innovative service, quality development for people to enjoy their actions’, Asia-Pacific’s DG, Stefano Baronci, spoke about the state of aviation industry and how airports are reinventing themselves post-pandemic by adopting innovative technologies to continuously provide superior passenger experiences at the event in Beijing. 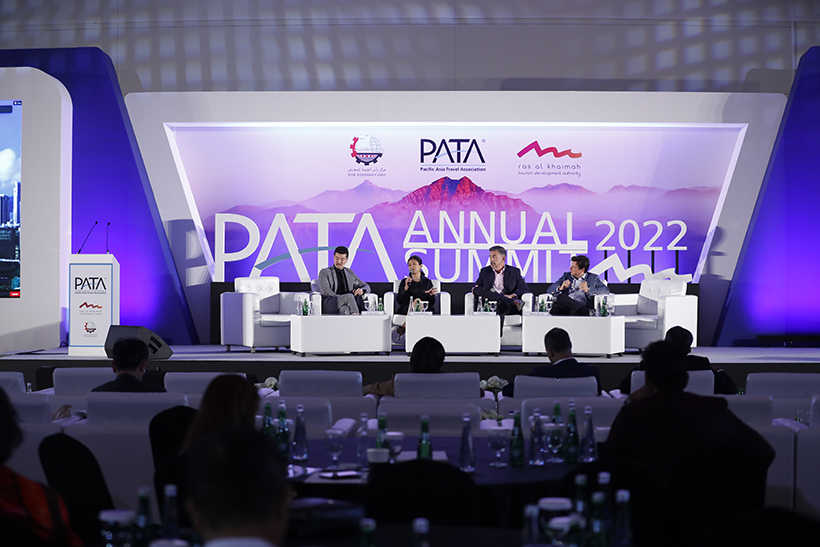 The DG shared some insightful thoughts on the aviation industry in Asia-Pacific and the Middle East at the Pacific Asia Travel Association (PATA) Annual Summit in Ras Al Khaimah.

He was part of the three high-level panels – the Destination Sustainability Leadership Forum; Investing in Human Capital; and Route to Recovery. He discussed the level of co-operation between aviation stakeholders, route re-establishments, workforce challenges, and sustainable innovation across airlines and airports. 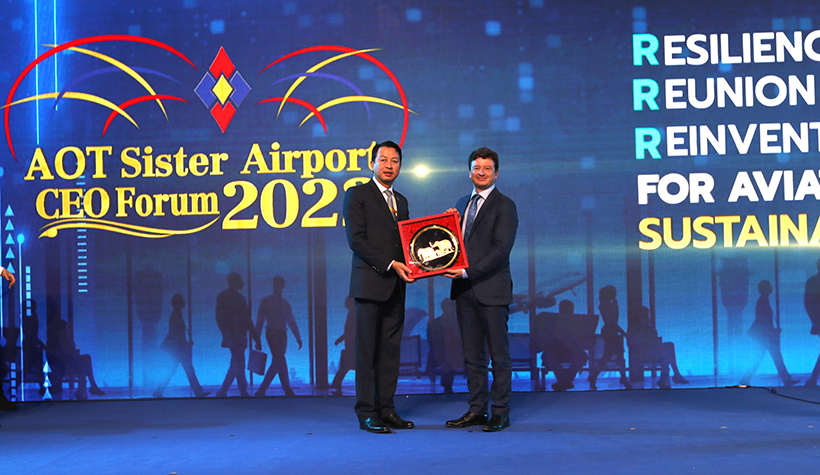 At the event, he delivered a keynote speech on “Resilience, Reunion, and Reinventing for Aviation Sustainability” and provided an overview on the industry’s recovery and the challenges ahead.

He also touched on how advanced technologies can help the sustainable development of the aviation industry in the post-pandemic era, during his time on stage. Fellow panellists included Tao Ma, regional director of Asia-Pacific for International Civil Aviation Organization and Nitinai Sirismatthakarn, president of AOT.

Over the years, ACI Asia-Pacific has played an active role in the area of security and facilitation in the Middle East.

RAFIT’s main role is to provide technical advice and solutions for the implementation of the work programme developed by the ICAO regional office.

The fourth meeting of RAFIT attracted more than 25 representatives from States in the Middle East and other industry associations, including IATA, AACO and ACI Asia-Pacific.

Following the global agreement on achieving net zero carbon emissions in aviation by 2050, ACI Asia-Pacific presented a policy paper on decarbonisation at the 6th ICAO Conference for Director General of Civil Aviation for the Middle East in Abu Dhabi, calling for enhanced government support for airports to achieve net zero goals.

Acknowledging the suggestions made by ACI Asia-Pacific, the conference urged airport operators in the Middle East to implement the Airport Carbon Accreditation programme (ACA) and adopt the Airport Carbon and Emissions Reporting Tool (ACERT) in their decarbonisation strategy.

ACI Asia-Pacific also encouraged airports to share best practices and learn from others through its Green Airports Recognition programme, which showcases many innovative solutions.

Additionally, based on ACI Asia-Pacific’s recommendations, the conference supported the adoption of the concept of One-Stop Security (OSS) in the Middle East.  Furthermore, the conference also agreed to encourage States in the Middle East to include APEX in Safety in their National Aviation Safety Plans as a tool to promote aerodrome certification.

The conference accepted ACI Asia-Pacific’s suggestions in the principles and objectives for drafting of the MID-Air Transport Strategic Plan 2025-2040 and appointed ACI Asia-Pacific as the co-rapporteur of working group tasked to draft the plan.

The plan will define the strategic objectives for the air transport industry of the Middle East in the areas of safety, security, facilitation, environmental protection and air connectivity.

Ng is CAG’s vice president for the environment and sustainability and Tan is currently AAHK’s senior manager for climate resilience. They will lead the Committee for two years from 2023-2024. 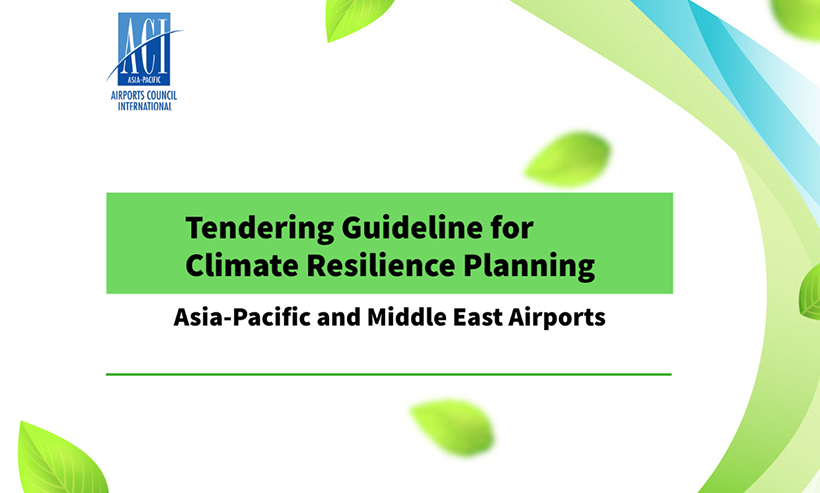 ACI Asia-Pacific has released the Tendering Guideline for Climate Resilience Planning to build on airport operators’ understanding of the climate risk assessment. This guideline will help identify an airport’s sensitivity to adverse impacts and adaptive capacity to climate hazards. 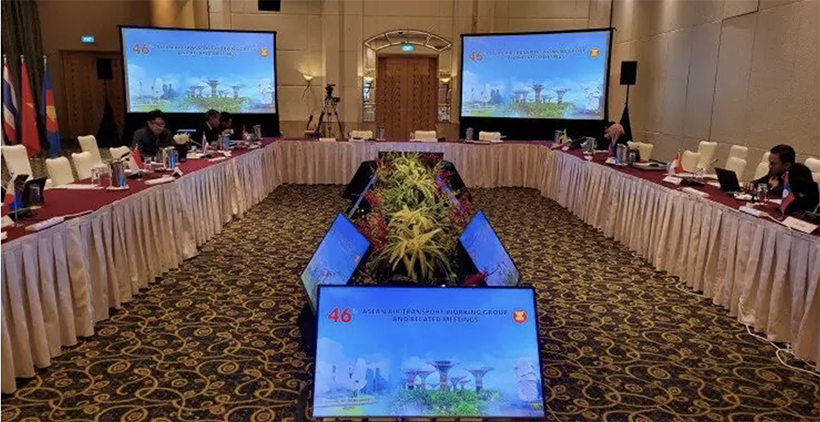 ACI Asia-Pacific presented its efforts in promoting the mitigation of climate change to the 46th ASEAN Air Transport Working Group meeting and an associated Sustainability Forum held in Singapore.

The committee discussed the pros and cons of different anti-drone technologies and exchanged insights on their emergency response procedures for drone attacks.

Over 30 airport security experts from Asia-Pacific and the Middle East convened in Dubai from 4-6 October, 2022 for the 29th ACI Asia-Pacific Regional Aviation Security Committee (RASC) meeting.

Over the two-day meeting, the committee focused particularly on various emerging aviation security threats, including the rising number of drone attacks against civil aviation.

Alphanumeric call signs are a proven way of reducing the risk of confusion amongst pilots, ATC and airports of very similar call signs such as EK1234 and QR1234.

The concept is simple: replace the numeric part of the call sign with a string of letters and numbers to maximise the number of possible combinations and hence minimise the occurrences of similar call signs. For example, UAE408 would become UAE58E.

The method has been successfully applied in Europe, the Middle East, India, USA and Australia.

Busy air hubs with significant home-base carrier operations are ideal candidates to benefit from alphanumeric call signs. A recent ICAO meeting (AOP-SG/6) and a seminar that ACI organised with CANSO and IATA both confirmed the safety benefits and encouraged airports to adopt the method.

This is a landmark decision for our industry, and this commitment from the States is essential for achieving net zero emissions. As we move forward, it is vital that we explore innovative solutions to address environmental challenges, and ACI Asia-Pacific and its airports members and World Business Partners commit to enhance their partnership with all aviation stakeholders in order to mitigate climate change in the region.

In response to the net-zero carbon emissions goal, earlier this year ACI Asia-Pacific unanimously passed a resolution urging members to voluntarily commit to achieving net zero carbon emissions and develop action plans to meet this goal by proactively undertaking the necessary steps to reduce emissions through the use of low carbon technologies in airport operations and infrastructure management.

Airports in Asia-Pacific and the Middle East regions have responded positively, with several of them advancing their net zero targets before 2050.