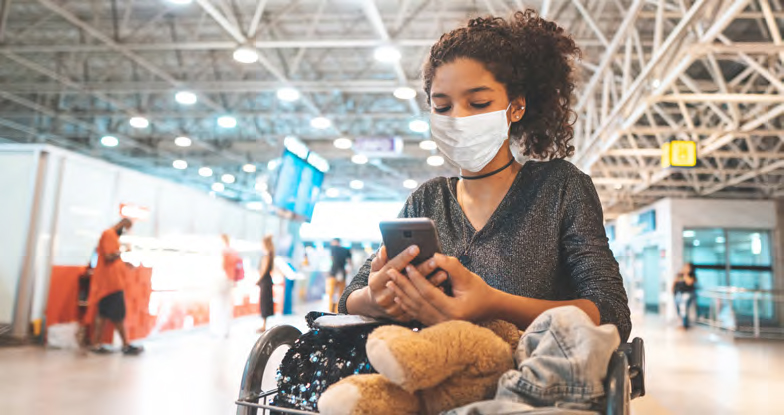 ACI Asia-Pacific recently hosted its first virtual roundtable event for the region’s World Business Partners, which provided companies from multiple disciplines with the opportunity to hear first-hand from airport leaders about their perspectives on aviation’s recovery from COVID-19.

Executives from Dubai Airports, Kansai Airports and Mumbai’s Chhatrapati Shivaji Maharaj International Airport covered a range of topics related to the events that have unfolded and the road to recovery.

Reflecting on the past few months, Murali Varadarajan, the former senior vice president of operations for Mumbai International Airport Limited, said: “Communicating with our people, passengers and stakeholders was very important.

“Initially there was a lot of confusion, so we constantly updated our website with real-time information. This is how we started to build passenger confidence.”

“Given the new normal of social distancing, it will be more difficult to accommodate people in our shops,” he said. “We are looking at a queuing management system so that passengers don’t have to queue outside a shop and receive an alert when they can enter.”

Offering a final thought at the end of the roundtable, Eugene Barry, executive vice president commercial for Dubai Airports, commented: “We need to accept that many elements of this crisis are out of our hands.

“Our industry, especially in this region, has been exposed to so many challenges in the past and we have built up the resilience and experience to deal with external shocks like this. I have no doubt we will emerge from this.”

More than 40 World Business Partners and guests from 20 countries attended
the roundtable. 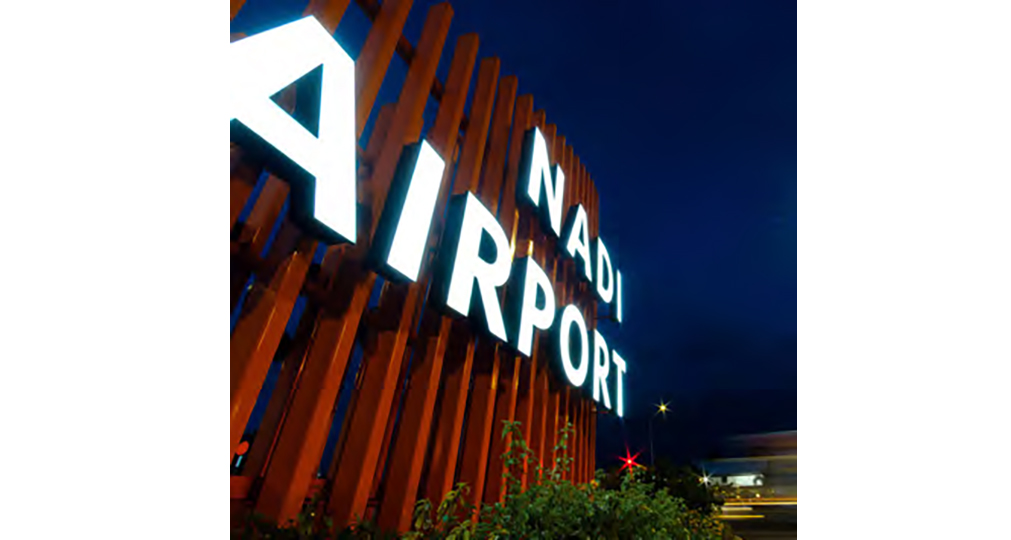 “This recognition and international award deliver excellent news for Nadi International Airport and for Fiji as a whole,” he enthused.

“A significant portion of our economy depends on tourism and with this ACI Airport Health Accreditation award, Fiji’s appeal as a safe destination will be amplified and provide a boost of confidence for international visitors.” 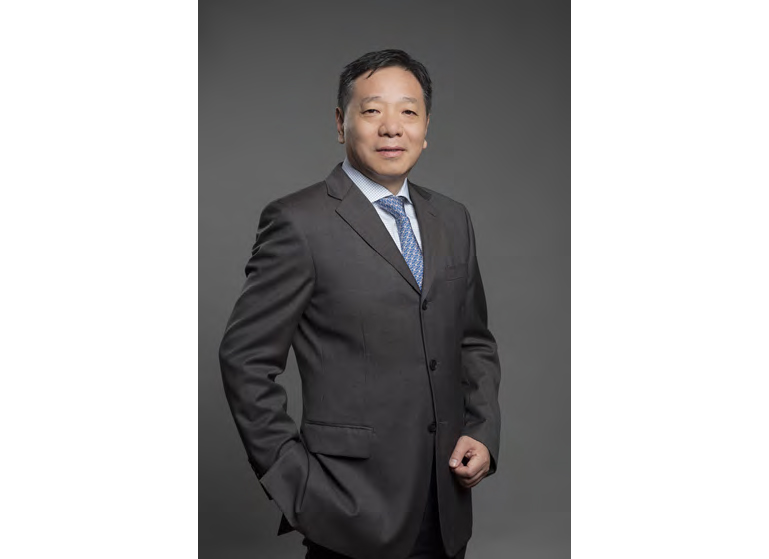 Shanghai’s Pudong (PVG) and Hongqiao (SHA) airports believe that China’s huge domestic market will provide their catalyst for growth and boost international traffic over the next few years.

“The recovery of trans-provincial tourism during the summer holiday was taken as an opportunity to support the airlines by improving traffic capacity and stimulating market demand.”

And the efforts clearly paid off as during July and August, passenger traffic on the routes between Shanghai and Sichuan, Hainan, Hunan, Henan, Gansu, Hebei, Qinghai and Tibet all saw year-on-year growth of at least 10%.

“Thanks to the above efforts, domestic air routes of PVG and SHA resumed rapidly in August,” explained Qin. “The flight throughput of the two airports increased by 16.13% and 6.54% respectively, and domestic passenger traffic returned to 99.57% and 94.55% respectively of last year’s levels.”

The facilities ensure that between them PVG and SHA are capable of accommodating up to 120 million passengers and 5.2 million tons of freight per annum.

ACI Asia-Pacific has joined the Association of Asia Pacific Airlines (AAPA) and IATA in issuing a joint declaration highlighting their commitment to ensuring the safe recovery and future success of the air transport industry.

Against the backdrop of the COVID-19 pandemic that has severely affected air travel and tourism this year, the declaration expresses firm support for ICAO’s Council Aviation Recovery Task

Force (CART) guidance, which is the basis of the aviation industry’s risk mitigation measures aimed at safeguarding the safety and wellbeing of air travellers.

The industry is committed to ensuring that air travel is safe and expresses its firm resolve to partner with governments to harmonise cross-border measures that will ensure safe, smooth and sustainable air transport, as well as quicken the pace of the restart of travel and tourism. 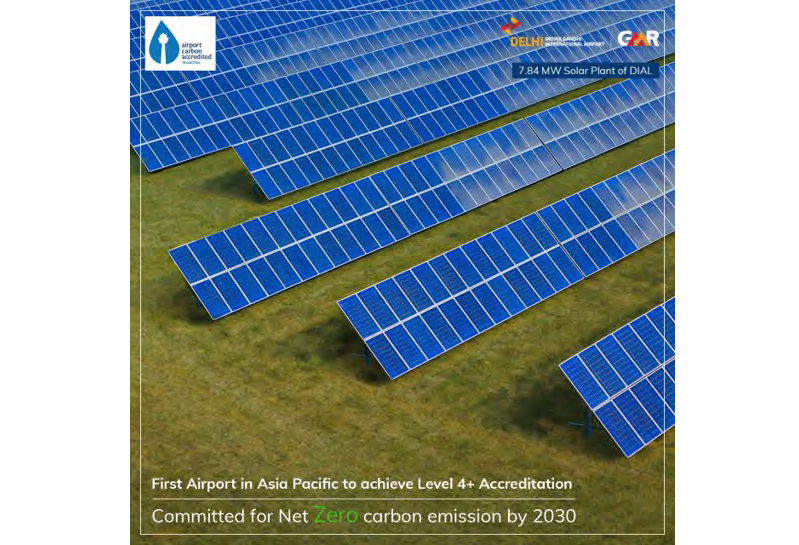 The Airport Carbon Accreditation programme has announced two new accreditation levels to bring the programme in line with the latest scientific and policy development in recent years.

And we are pleased to announce that Delhi’s Indira Gandhi International Airport (IGIA) recently became one of the first airports in the world to reach Level 4+ Transition.

“Achievement of the Level 4+ accreditation is a testimony of our commitment towards ensuring the sustainable development of IGIA,” said Videh Kumar Jaipuriar, CEO of operator, Delhi International Airport Limited.

“Going forward, we will continue to develop best in class infrastructure and provide services using innovative and sustainable technologies. Our aim is to achieve net zero carbon emissions by 2030.”

Christchurch Airport has taken a major step forward in its commitment to fight against climate change, becoming the first airport in the Asia-Pacific region and in the world to reach Level 4 Transformation status in ACI’s Airport Carbon Accreditation programme.

The achievement is evidence of its continued efforts to align its carbon management strategy with the global climate goals.

Stefano Baronci, director general of ACI Asia-Pacific, said: “We are thrilled to see Christchurch Airport becoming the first airport in the Asia-Pacific region and in the world accredited at Level 4 Transformation of Airport Carbon Accreditation.

“This achievement demonstrates the airport’s firm commitment to invest in a more sustainable future for aviation and for the region it serves. Without a doubt, it is a remarkable milestone at a time of unprecedented challenges for aviation.

Airport CEO, Malcolm Johns, noted: “We will continue to work diligently to build a more sustainable aviation industry in strong co-operation with our business partners.”